When you buy a stock, you’re ultimately betting that the value of the underlying company is greater than the price. That value is based on the company’s assets and future earnings power. When you buy bitcoin, you’re betting that someday, for some reason, you’ll be able to unload your bitcoin to someone else at a higher price — assuming that it doesn’t get stolen first.

You could play the bitcoin “greater fool” game, and it might work out if you get lucky. But buying shares of high-quality companies is a much better strategy. Which stocks should you buy? Take a look at International Business Machines (NYSE:IBM), Canopy Growth (NYSE:CGC), and SolarEdge (NASDAQ:SEDG). 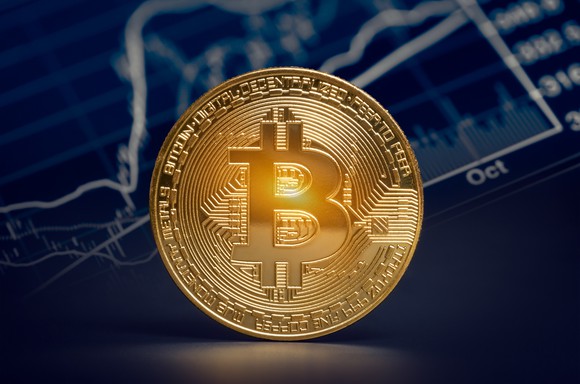 Tim Green (International Business Machines): If you want some exposure to blockchain, the distributed ledger technology that underlies bitcoin, without taking a ton of risk, IBM is your best bet. While IBM rarely leads the pack when it comes to new technologies, blockchain is an exception. The company has already worked with more than 400 clients on blockchain projects. The most notable example: A joint venture with shipping giant Maersk to build a global trade digitization platform.

While IBM’s blockchain business has plenty of potential, there’s not much downside if the technology doesn’t pan out. The company has bet on cloud computing and artificial intelligence to drive its turnaround, and blockchain is more icing on the cake than anything else. IBM doesn’t need blockchain to succeed. If you buy bitcoin or any other cryptocurrency, which have no intrinsic value whatsoever, all you have is downside.


Investing in IBM does come with some risk. The company is still working through its transformation, and revenue only began growing again at the end of 2017. The company’s cloud business is growing quickly, but its various legacy businesses are shedding sales fast enough to offset that growth. And while AI is a key component of IBM’s strategy, the company doesn’t disclose much about how much revenue its Watson AI system is generating. If IBM’s growth businesses slow down, or if they prove less profitable than what they’re replacing, the stock may remain stuck in the doldrums.


But IBM is a lot less risky than buying bitcoin. With the stock trading for just 10.5 times the company’s adjusted earnings guidance and sporting an 4.4% dividend yield, there’s plenty of upside if IBM can deliver.

Neha Chamaria (Canopy Growth): The anticipation of minting dizzying amounts of money easily overshadows the strong possibility of not making a safe landing, often leading many to make irrational investing decisions. Buying bitcoin is one of them, as the insane level of volatility and other risks associated with the cryptocurrency make it nothing short of a speculative investment, at least for now.


Instead, how about looking at stocks that give you bitcoin-like thrill but are still proven businesses with big growth potential if things fall into place? Marijuana stock Canopy Growth is what I have in mind right now.

You see, Canada-based Canopy Growth is already the largest pot stock in the world today, so you’d have actually made more money in Canopy shares than bitcoin in the past one year. Of course, Canopy Growth’s valuation now feels like bitcoin at its peak, but there’s a difference. While bitcoin had no visible catalyst to run higher, recreational cannabis could be on its way to legalization in Canada after medical marijuana that’s already legal in the nation for several years now. If that happens, it would open the doors to a huge market for Canopy, which already has a solid foothold in the pot industry, massive production capacity, and a distribution channel and partnerships that have been the envy of other producers.


Let me warn you: I still believe Canopy is an expensive and risky bet at current prices, but if bitcoin is luring you today, Canopy is an equally thrilling yet a relatively lower-risk substitute simply because the marijuana business is still real, unlike cryptocurrency.


A bitcoin… doesn’t. It’s just a piece of notional currency that may or may not have scarcity value, depending on whether it proves useful in the future or is abandoned as useless. Granted, bitcoin does appeal to some investors because its notional value can grow rapidly — but then again, so can the value of stocks, including my pick today: SolarEdge.

For example, bitcoin has risen roughly 220% in price over the past year, but SolarEdge stock is up 254%. It’s literally been a better investment than bitcoin already.

As you may or may not know, SolarEdge makes solar inverters — the electronic widgets that transform direct current energy collected from solar panels into alternating current electricity that can turn on the lights at your home. It’s a valuable business that generates substantial profits — $106 million in GAAP earnings over the past 12 months alone and an even more impressive $144 million in free cash flow.

SolarEdge is also a growing business. As solar power gains broader acceptance around the globe, analysts believe SolarEdge’s profits will grow 22% annually on average over the next five years. Ordinarily, I’d ballpark a stock with these characteristics at roughly $3.2 billion in value. But today, SolarEdge stock costs less than $2.8 billion — $2.5 billion ex-cash.

At better than a 20% discount to intrinsic value, I think SolarEdge is a much better investment than bitcoin.