Although there’s a lot to recommend the proposed new dating featurefrom Facebook (NASDAQ:FB)– enough that Match (NASDAQ:MTCH) should not just shrug it off — ultimately the social networking platform won’t prove as much of a threat as feared.

Although specifics are still vague, let’s take a closer look at what Facebook is proposing to understand why Match will still own the dating scene for a long time to come. 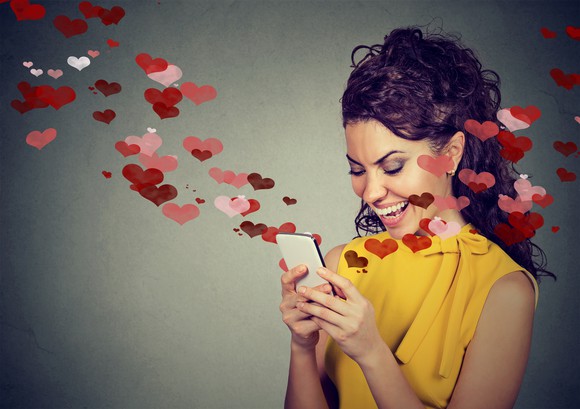 From what we learned from Facebook’s annual F8 conference, Dating, as the featurewill be called, will have dating profiles with photos of prospective dates that Facebook users will have to opt into. You’ll access it through your existing Facebook account, not through a separate app, but current friends on the platform won’t be able to see a person’s dating profile and they won’t be matched up with someone they’re friends with. Dating is also reportedly going to be free.

Considering the fires from privacy breaches Facebook is still trying to tamp down, it’s with a bit of hubris that at a conference in which it spent a lot of time explaining why it should still be trusted with your personal information, it announced a dating feature that will use an algorithm to connect that data to another person’s data. CEO Mark Zuckerberg did note, however, that the new feature was being designed with “privacy and safety in mind from the beginning.”

While privacy concerns might be a hurdle for Facebook to get over, it’s not as though Facebook was especially hard hit financially by its numerous breaches — even the latest one, which sparked Zuckerberg’s apology tour. Also, people interested in finding an online date are already willing to divulge information about themselves they might not otherwise find themselves willing to.

And the fact that it will be free will at least initially make it an attractive option, particularly because Match’s Tinder is pushing its freemium model.

Match can hold its own

So it’s not as though Match investors can just scoff at Facebook’s ambitious plan. It has features that will appeal to at least a number of the social network’s 2.2 billion monthly active users.

Yet there are enough factors that weigh in Match’s favor that it ultimately shouldn’t be a concern. First, Facebook users are older than Tinder’s. According to Statista, 35% of those on Tinder are between 18 and 24 years of age with another 25% between 25 and 34, while 58% of those on Facebook are 25 to 34. Although that suggests a lot of overlap, Business Insider found that users aged 45 to 54 are the ones who spend the most time on Facebook, representing 21% of the total time spent on the platform.

There is also the question of whether someone will want to use Facebook, a platform meant for connecting with family and friends, for also finding hookups, regardless of Zuckerberg’s contention that Dating is for developing long-term relationships.

It’s also been found that people tend to use three dating apps, so that even if Facebook ended up being one of them, at least one would likely be Tinder or one of Match’s other properties. Also, there is an existing relationship between Match and Facebook in that a person can sign up with or log into Tinder using their Facebook profile, though Match says some 75% choose some other method.

That alone suggests that people want to keep their personal interactions with friends and family separate from their dating activities, so Facebook users might not be as receptive to a dating feature as you would think.

And let’s not forget that Facebook has dabbled in dating over the years. The “poke” feature never really went anywhere, and was always rather an odd thing when you got one from someone you didn’t know, while its “graph search function” that allowed users to input search parameters to find profiles of people that meet certain criteria has faded away. It was seen as a way to disrupt the dating scene, but never impacted Tinder.

Facebook also offers a Discover People option as well as a meetup function that allows people to connect and opens up a Messenger chat between them. None of these options has had any discernible impact on Match.

It’s possible a specific feature designed to create connections between like-minded people will have more success, but it seems that with Match and its Tinder subsidiary being the dominant force on the dating scene, they have nothing to worry about from Facebook.