Activist investor-pressured Mr. Coffee maker Newell Brands (NWL) plans to announce the terms of the first wave of divestitures contemplated in an initial $6 billion asset sale plan in the coming weeks, according to Wells Fargo analysts.

The asset sales are emerging as activist Starboard Value’s Jeff Smith is seeking to install four dissident director candidates, some of whom, if elected, would replace directors installed in a March settlement with rival insurgent Carl Icahn. The two insurgents are in the midst of a heated skirmish over which activist’s director candidates will be better suited to oversee $10 billion worth of asset sales at the company.

Newell has retained Goldman Sachs to advise it on the asset sales, according to a person familiar with the situation.

As part of the deal with Icahn, Newell will seek to dispose of assets with a valuation of roughly $10 billion, up from the $6 billion the company had announced it was divesting in January.

Regardless of who is on the board, analysts agree that Newell Brands may have a difficult time selling some assets if the goal is to find only a few buyers for all of them. That’s because no natural buyers exist for the whole diverse portfolio of assets, which include Rubbermaid products, Rawlings baseball gloves, and a U.S. playing cards businesses, among others. Both Icahn and Starboard are supportive of the asset sales, at the right price, people familiar with the situation said. 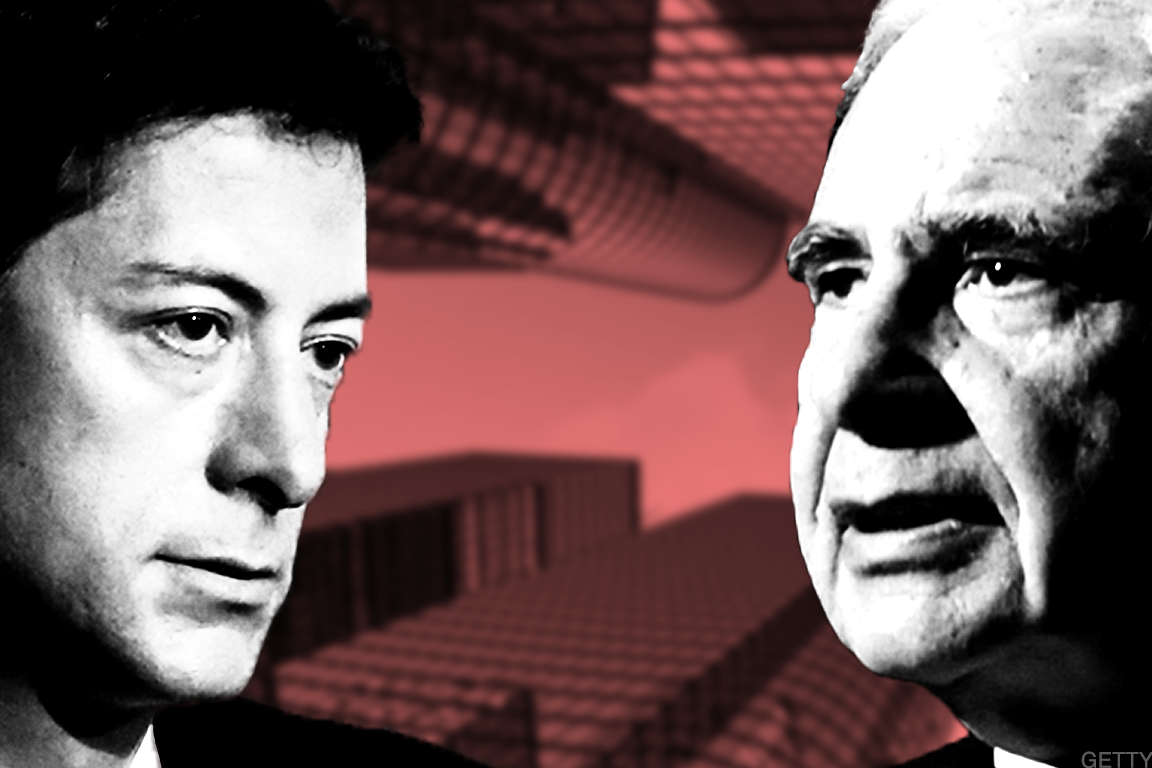 Wells Fargo analysts reported April 16 that they were upgrading Newell shares, partly because they believe the new Newell after divestitures will be more fundamentally attractive and a simpler, faster growing, higher margin business. The analysts said they think that Newell could announce the terms of a first wave of divestitures, part of the original $6 billion on the auction block, in the coming weeks. It added that details around the second round of divestitures, comprising the $4 billion increase in unit sales agreed to following Newell’s March Icahn settlement, will be disclosed ahead of the company’s first-quarter earnings announcement, expected on May 4. The company expects asset sales to be completed by the end of 2019.

The report comes after a Bloomberg article noting that Newell could sell a table and storage unit, Waddington, for as much as $2.2 billion.  Wells Fargo said that if the $2.2 billion Waddington sale is achieved that Newell could meet its divestiture proceeds target of $10 billion. “We view our call as more of an event-driven break-up call vs. a fundamental improvement call…” Wells Fargo analysts said.

Wells Fargo said it believes the second round of asset sales will include its outdoor & recreation division, which includes the Coleman brand, along with its apparel and beverage business. Also, Wells Fargo said asset sales could also include Newell’s fishing division and its safety & security unit. It added that it was less likely that Newell could consider selling its Jostens or its appliances & cookware division. Jostens makes yearbooks and consumer goods serving schools, colleges, and professional sports segments.

Sweet Smell of Choclate May Draw Activist Investor to Hershey

One of the most likely buyers of a large segment of the portfolio for sale could be Martin Franklin, the co-founder of Jarden and the chief of an investment vehicle J2 Acquisition Ltd., which raised $1.25 billion in an initial public offering in 2017. Franklin resigned from Newell’s board earlier this year over a dispute involving bonuses and integration of assets consolidated into the company following Newell’s 2015 $17.4 billion acquisition of Jarden.

However, Jim Cramer, founder of The Deal’s parent, TheStreet, said Monday that rather than take sides on which proposal makes more sense, investors need to be asking whether it’s worth holding onto shares at all. Cramer recently said on his CNBC Mad Money program that there’s little doubt that Newell’s next earnings report will be a bad one and the company’s 3.5% dividend may then be called into question. He’d rather sell than pick sides.