And the Didi stock forecast for 2025 looks sunny, despite some short-term hiccups. Let’s talk about why Didi could eventually dominate the global rideshare industry. 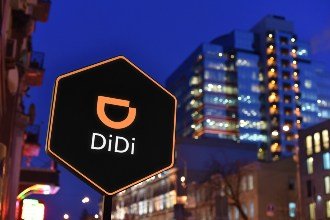 Where Didi’s stock is risky, it certainly makes up for it in potential reward. You could take advantage of the upside while avoiding market consequences the ongoing U.S.- China tiff.

What Happened to Didi Stock After Its IPO?

The Chinese ridesharing company went public June 30, and after selling 137 million American Depository Shares (ADS), the IPO raised $4.4 billion and proved on the high end of its expected range of $14.


Investors went all in on the IPO, forcing the company to increase the deal size. In turn, it made Didi the biggest U.S. share sale by a Chinese company since Alibaba Group Holdings Ltd. (NYSE: BABA) raised $25 billion in 2014.

For reference, the Alibaba IPO was priced at $68 and went up 232% in a short time following its U.S. IPO. Today, it trades at $226, and you can expect similar gains from Didi.

The stock quickly dropped after its IPO; however, in this day in age, that’s not nearly enough reason to write it off.


To better understand the risks involved in Chinese stocks, you need to understand how it is we’re able to invest in them.

Foreigners aren’t legally permitted to own shares of Chinese companies listed on Chinese exchanges, but these companies will want exposure to American markets.

The Chinese government fears outside influence over its economy and population. This is why regulators have specific issue with outsiders owning stake in media or telecom ventures, which are highly controlled and monitored.


This leads us to the loophole that makes Chinese stocks different. It allows companies to tap into the trillions of dollars in capital flowing through Wall Street. By listing shares on foreign exchanges like the New York Stock Exchange and Nasdaq, foreigners, especially Americans, can buy and sell shares every day.

In order to do so, Chinese companies transfer business to what’s basically an offshore account. Companies can work around the Chinese government by establishing variable interest entities (VIEs) in “offshore” locations like the Cayman Islands.


VIEs then contract with the home-based company to transfer control to its VIE, which then seeks to go public on a forging exchange. Some companies even list on multiple exchanges.

This process is no secret to Chinese officials. Even though it’s obviously evading the Communist Party’s rules, regulators turn a blind eye because the establishment understands and welcomes the benefits of these transactions.

Meanwhile, U.S. regulators like the Public Company Accounting Oversight Board (PCAOB), which his directly overseen by the U.S. Securities Exchange Commission, looks the other way.


And that brings us to why Didi could be a stock with gains similar to Alibaba.

Didi has everything it takes to be on top of not just the Chinese rideshare sector, but China’s economy. It has more in the pipeline than growing outside of China, and it could potentially be game-changing.

The company made future trends its priority, focusing on artificial intelligence (AI), machine learning (ML), and Big Data, all working together to create a smarter fleet. Didi could potentially be in command of an entire transportation ecosystem. It’s already bought Uber in China and is showing no signs of slowing down.

While its IPO didn’t go as planned, it’s still showing signs of life. Because it’s controversial, hardly any analysts cover the stock. But the few that do have set a 12-month target price between $18 to $20. That’s a potential 160% return.

The way Didi is expected to grow, its stock could have returns similar to Amazon (NASDAQ: AMZN) within the next five years. Analysts give the stock a minimum price target of $161 by 2025.

Those are some serious gains, but again, not without risk.