If youre bullish on oil, then Continental Resources (CLR) is the stock for you. I believe the company will likely significantly grow its earnings in 2018 due to higher realized prices and around 20% production growth. Meanwhile the company, which burned cash flows in 2017, will likely report strong levels of free cash flows in 2018. That should fuel its stocks outperformance. 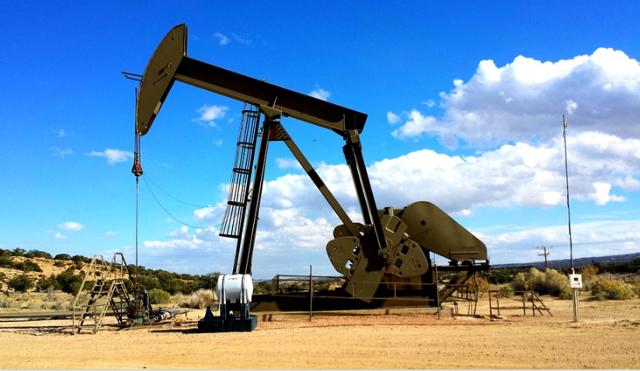 The oil prices have improved substantially since the start of Q4-2017. The price of the US benchmark WTI crude has gained 20% since then to more than $60 a barrel its highest level in 2.5 years. The strength has been driven in large part by the efforts of Organization of the Petroleum Exporting Countries and its allies, including Russia, who have agreed to extend their production freeze agreement through entire 2018. The decline in inventory levels in OECD nations, including the US where commercial crude oil stocks have fallen by 20% from the historic highs seen in March 2016, has also helped push oil prices higher.

At the same time, the Bakken-focused oil producers, such as Continental Resources, have benefited from the improvement in regional prices. In a recent presentation, Continental Resources said that the Bakken oils differential to WTI gradually shrunk from -$8.26 a barrel in 2016 to -$5.54 a barrel in Q3-2017. I believe this is largely driven by the deployment of additional takeaway capacity in the region, particularly the 470,000 barrels per day Dakota Access Pipeline which came online earlier this year and has gradually ramped up. Continental Resources has said that this differential will drop to -$4.98 per barrel in Q4-2017 and will head lower in 2018. That should lift the companys realized prices.

So far, Continental Resources has reported a modest 3.8% increase in production in the first nine months of the year, on a year-over-year basis, to almost 227,700 boe per day. The increase was driven by an uptake in drilling activity, mainly at its core Bakken properties. By comparison, its peers Pioneer Natural Resources and EOG Resources (EOG) have posted higher production growth rates of 13% and 7% respectively for the same period.

I believe that with higher realized prices and ~20% increase in production, Continental Resources will put solid earnings and cash flow growth numbers. Note that although Continental Resources turned a profit in 2017, it actually burned cash flows. The company generated $1.35 billion of cash flow from operations but spent $1.44 billion as capital expenditure and therefore faced negative free cash flows of $97 million. But in 2018, I think it is reasonable to assume that the company will post around 40% increase in operating cash flows (already up 56% in 9M-2017 with little production growth). Continental Resources will also likely increase capital expenditure, though the spending levels likely wont climb as much. If the company grows its capital expenditure by 10%, then it could post positive free cash flows of almost $397 million, as per my rough estimates.

The company will then likely use the excess cash flows to repay debt in order to improve its balance sheet. Continental Resources carried $6.6 billion of debt at the end of Q3-2017, most of which is due after 2021. But the company aims to reduce its debt to $6 billion in the near-term and $5 billion in the long-term. Debt reduction should have a positive impact on the company’s valuation.

For these reasons, I believe Continental Resources will deliver a solid performance in 2018, thanks to double-digit production growth, strong earnings growth and will likely report positive free cash flows as opposed to 9M-2017 when it faced a cash flow deficit. The companys shares rose almost 3% last year, easily outperforming its peers whose shares tumbled by 10%, as measured by SPDR S&P Oil & Gas E&P ETF (XOP). I think the stock, which seems reasonably valued with EV/EBITDA (2018e.) multiple of 8.87x, will likely continue to outperform in 2018.

Note from author: Thank you for reading. Do you think Continental Resources will outperform in 2018? Please share your comments below. If you like this article, then please follow me by clicking the ” Follow” link at the top of this page.

About this article:ExpandAuthor payment: Seeking Alpha pays for exclusive articles. Payment calculations are based on a combination of coverage area, popularity and quality.Tagged: Investing Ideas, Long Ideas, Basic Materials, Oil & Gas Drilling & ExplorationWant to share your opinion on this article? Add a comment.Disagree with this article? Submit your own.To report a factual error in this article, click here