Colgate-Palmolive Company (NYSE:CL) released its earnings report for the first quarter of the year on Friday. 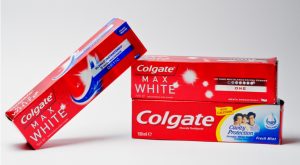 Colgate-Palmolive Company notes that revenue from Latin America for the first quarter of the year was only up 0.5%. This was unfortunate for the company as the area makes up 23% of its total sales.

Despite poor net sales during the quarter, Colgate-Palmolive Company was still able to bring in earnings of 74 cents per share. This is better than the earnings per share of 67 reported in the same period of the year prior. It also just barely comes in above analysts’ earnings per share estimate of 73 cents for the quarter.

Colgate-Palmolive Company earnings report for the first quarter of 2018 also includes net income of $634 million. This is up from the manufacturer of household goods reported net income of $570 million for the same quarter of the previous year.

Operating profit reported by Colgate-Palmolive Company in the first quarter of the year was $983 million. The company’s operating profit from the same time last year came in at $912 million.

CL stock was down earlier today on the revenue miss, but has since recovered and is up slightly as of Friday morning.

As of this writing, William White did not hold a position in any of the aforementioned securities.