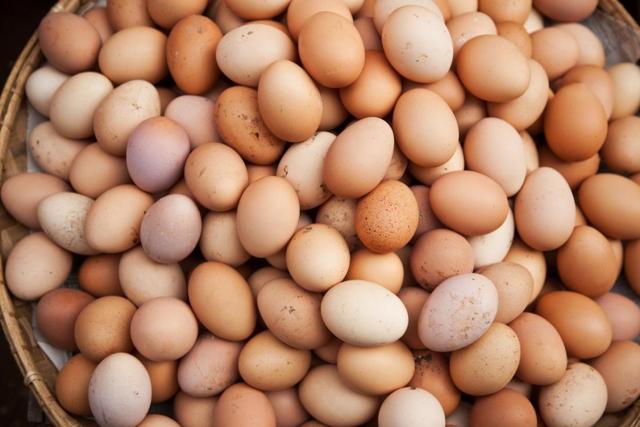 But it is very important to follow indicators impacting companies with exposure to commodities. For companies like Cal-Maine, Hormel and Sanderson, this relates to their produced products, as well as their cost inputs. Others may be more sensitive to core produced supply and demand trends.


Cal-Maine has been a challenging company to both analyze and invest in. All commodities go through up and down cycles. For shell eggs, the recent avian influenza outbreak during 2015 led to an extreme loss of hen laying egg production, concurrently leading to higher egg prices and substantially stronger net sales and profits for Cal-Maine.

Since the peak in the fall of 2015, Cal-Maines stock price has been under pressure as hen egg laying production ramped back up, inventories peaked and egg prices plummeted. This translated to a 43-percent stock price decline from Cal-Maines October 2015 peak at $61 to the August 2017 low-point above just above $34.


In the spring of 2017, analysts were calling for Cal-Maines stock price to be fairly valued in the low $30s to even below the $30 per share mark. This was expressed by both Goldman and Cleveland Research. Since this time, I have been assessing factors for Cal-Maines business (laying hen growth, chicken hatcheries, retail demand, inventory builds and national and regional pricing). The most important variable for Cal-Maines stock price continues to be egg price movements. The challenge has been as to the predictability of where prices may be headed.


In fact, Cal-Maines stock price is now up over 31 percent since the spring. For investors, the important question is why did analysts and the Seeking Alpha community miss this opportunity? I was not necessarily as bearish, but I was also not anticipating such a rise myself. My only core difference of opinion was that as seasonality played a factor into the holidays, that pricing would again rise, leading to a correlation in Cal-Maines stock price appreciating.

Looking to the near-term, I do see much better days ahead, notably, a reinstated dividend. There are many who believe that the recent economic cycle is facing imminent collapse. I am of the opinion that we still have a few innings left for inflation to rise and the economy to accelerate growth further. As such, Cal-Maine may see sustained egg price increases based on supply and demand improvements leading to a higher fair value. 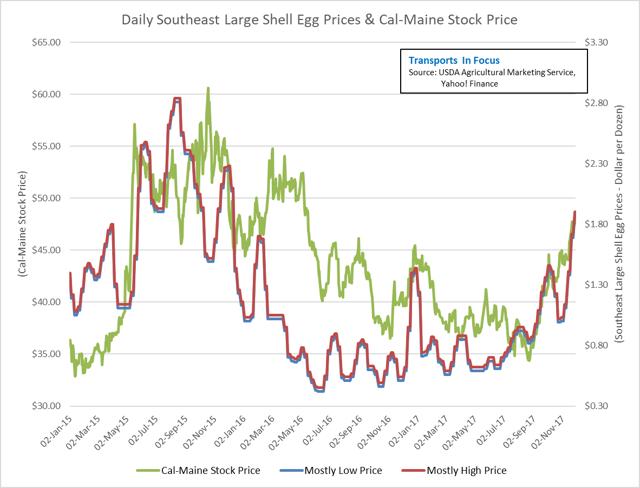 The chart above is my quick-and-dirty go to chart for supply and demand. Ultimately, egg prices are the most important factor for Cal-Maines business. The higher the prices, the more net sales per processed and sold dozens, and the higher the profit margin. This chart provides daily southeast large egg prices against Cal-Maines stock price.


There have been varying times where Cal-Maines stock price has been near or at parity with egg prices, but regardless, the correlation between the two is clear. Since the summer of 2017, parity has been much closer. 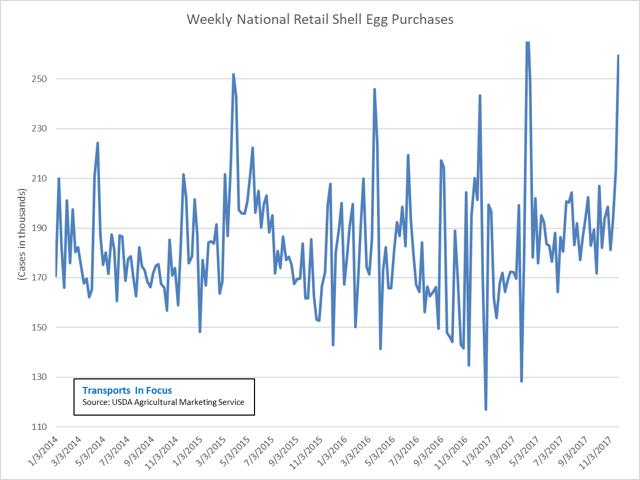 On the demand side, performance for 2017 has been robust versus the previous few years. Through November 24th, national retail shell egg purchases were up 5.5 percent from last year. Over the last four years, performance was at -0.3, -0.3, 2.9 and -3.6 percent. The combination of lower egg prices from 2016 and 2017, combined with an improving economy has likely led to higher consumer demand. 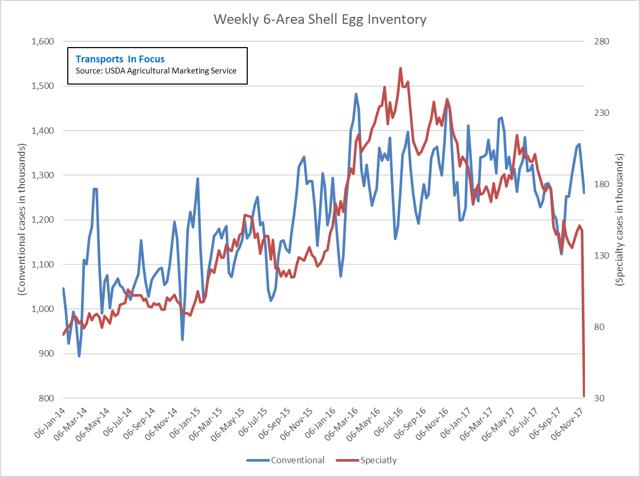 For inventories, conventional egg build has been at a slower pace versus demand through November. Inventory across the nation was up just below 3 percent, with the Southeast region witnessing an increase above 15 percent. 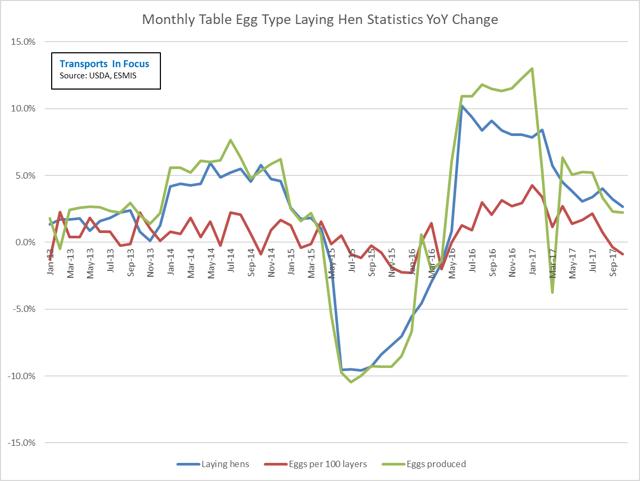 Laying hen information has also been on the decline when comparing year-over-year (YoY) percentage changes for the number of laying hens, eggs per 100 layers and the number of eggs produced. These measures appear to be approaching more historical pre-avian influenza levels.

My discounted cash flow (DCF) valuation is over a five-year period to Cal-Maines fiscal year 2021. It is based on Cal-Maines shell egg sales (dozens sold and net average selling prices) and non-shell egg sales estimates for net sales. And it is based on estimates for feed and other costs per dozen for farm production, and other cost of sales items and selling, general and administrative expenses (SG&A).

I am modeling Cal-Maine to grow net sales by an average of nearly 12 percent to $1.9 billion by fiscal year 2021, with the companys operating margin gradually improving to 12 percent. I am factoring for increasing farm production costs versus todays declining environment (corn and soybean meal). The tax rate is stable at 35 percent to derive Cal-Maines net operating profit after tax (NOPAT).


After factoring for non-cash adjustments and working capital and capex, I have Cal-Maine modeled to generate $310 million in unlevered free cash flow through this period in net present value. My cost of capital is assumed at 6.5 percent, the EBITDA multiple is assumed at 7 times, and the future cash flows growth rate is assumed at 2.5 percent.

Investors need to remember that commodity stocks are highly volatile. I am assuming increasing feed costs near mid-single digits for the majority of the five-year period. My stance is that inflation is likely to accelerate over the next few years, which will be positive for most commodity sectors and industries.

This scenario has played out nicely for Sanderson, which is up greater than 80 percent for the companys fiscal year. With only one quarter in the bag for fiscal year 2018, Cal-Maine is already up over 30 percent. Some of this can be attributed to seasonality, but this type of performance was not expected by analysts and many here on Seeking Alpha.


My buys into Cal-Maine were by no means perfect, but were very timely during October 2016 and April 2017, with an average cost basis below $39. As is the case in most commodity cycles, patience is typically rewarded. Upside potential may be a moving target to a degree, but when it hits, it tends to lead to rapid stock price appreciation.

For Cal-Maine to head towards, and eventually eclipse the $60 per share mark, the inflation and acceleration of economic growth scenario will need to play out. Keeping apprised of supply and demand indicators is a must egg export markets may be an added tipping point for the near-term.

About this article:ExpandAuthor payment: $35 + $0.01/page view. Authors of PRO articles receive a minimum guaranteed payment of $150-500.Tagged: Investing Ideas, Long Ideas, Consumer Goods, Farm ProductsWant to share your opinion on this article? Add a comment.Disagree with this article? Submit your own.To report a factual error in this article, click here