Warren Buffett is known for being a long-term investor, and that’s one of the reasons why it’s so rare to see the Oracle of Omaha make major sales from his portfolio of publicly traded stocks at Berkshire Hathaway (NYSE:BRK-A) (NYSE:BRK-B). Yet Buffett also isn’t afraid to admit when he’s made mistakes. More frequently, when better investing opportunities come along, he’s also willing to take money from one pot and put it to better use in a more promising investment.

Berkshire Hathaway just released its quarterly holdings as of the end of the first quarter of 2018, and by looking at that report, you can find out what the Oracle of Omaha has bought and sold during the first three months of the year. In particular, three stocks stand out because of Buffett’s decision to pare or eliminate Berkshire’s positions in them. By looking at the thought process behind the sales, investors can understand Buffett’s philosophy more clearly and draw conclusions about the prospects for those stocks. 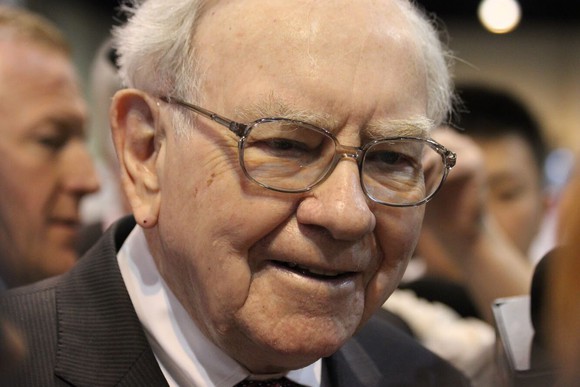 Berkshire has a huge position in banking giant Wells Fargo (NYSE:WFC), and at first glance, it’s surprising to see the stock on the list of companies in which Buffett trimmed Berkshire’s holdings. After all, Buffett has been quite vocal in his defense of the beleaguered banking giant, arguing that the scandals involving falsified customer accounts, unnecessary insurance products, and mortgage overcharges stem primarily from a lack of smart management that has since been remedied by replacing much of the bank’s former executive team. Buffett is convinced not only that Wells Fargo will be a strong investment in an improving business climate for banking generally, but also that it will outperform its peers in the industry.

But there’s a different reason why Wells Fargo has consistently shown up on lists of Berkshire sales in past quarters. The bank has made regular repurchases of stock over time, and the resulting reduction in outstanding share count has pushed Berkshire’s stake in Wells Fargo upward toward the 10% mark. That threshold would activate additional regulatory requirements for Berkshire in its relationship with the bank, and Buffett wants to avoid those entanglements. The modest sales of about 1.7 million shares represent less than half a percent of Berkshire’s holdings, but they’re sufficient to keep the insurance giant’s stake in Wells below that 10% level, and investors should continue to expect future divestitures as long as the bank keeps doing stock buybacks.

By contrast, the move that Buffett made with refining giant Phillips 66 (NYSE:PSX) was more dramatic. In the first quarter, Berkshire sold off more than 40% of its stake in Phillips 66, with a 35 million share sale. That move generated more than $3.3 billion in cash for the insurance giant.

Again, though, the reasoning didn’t have anything to do with a loss of confidence from Buffett in Phillips 66’s future. Indeed, the Oracle of Omaha said when asked about the sale, “Phillips 66 is a great company with a diversified downstream portfolio and a strong management team. … We remain one of Phillips 66’s largest shareholders and plan to continue to hold the stock for the long term.”

Instead, the move stemmed from Phillips 66’s own strategic vision for the company. The energy giant sold $2.4 billion in assets to its affiliated master limited partnership Phillips 66 Partners, generating cash that it wanted to use to buy back shares. If Phillips 66 had done regular open market repurchases, then it would have pushed Berkshire’s sha;plre above that key 10% level. To avoid the additional regulatory requirements, Buffett and Phillips 66 agreed to have the refiner buy back a portion of Berkshire’s own shares. That kept Berkshire’s stake comfortably below 10%, but it still leaves the insurance giant with a sizable stake of more than 45 million shares.

Finally, Berkshire pulled the plug on its investment in IBM (NYSE:IBM), selling off its remaining stake in the tech giant. Berkshire had been paring its position in IBM for more than a year, but Big Blue finally disappeared entirely from the company’s filing of its quarterly holdings as of March 31. Having gone from holding more than 80 million shares of the stock as of the beginning of 2017, Berkshire had just over 2 million shares that it needed to sell during the first three months of 2018 to eliminate its position in full.

Berkshire’s issues with IBM have been numerous, but it’s likely that Buffett simply found a more promising stock in the sector. The Oracle of Omaha’s quick buildup of a position in IBM’s longtime computing rival has dwarfed the money he had invested in Big Blue, but it also reflects Buffett’s more favorable views about their relative prospects. Making big bets is nothing new for Buffett, and his willingness to exit unsuccessful positions without fuss or fanfare is one of his biggest investing advantages.

Keep an eye on Buffett’s sales

Because Berkshire so rarely makes sales, the times when stocks show up on the selling list are worth noting. In many cases, though, Buffett’s reductions in positions are motivated by factors other than outright bearishness about a company. It’s therefore vital to understand the true reason for a sale in order to avoid drawing the wrong conclusions.