Boeing Co (NYSE:BA) made it to the Dow Jones Industrial Average in 1987, a good 77 years after the company was founded in Seattle, Washington. 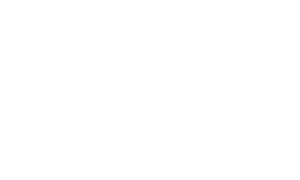 In 1916, the company built its first airplane and remained in Seattle because there was plenty of spruce timber around from which to build planes.

Last year, BA stock was almost the sole reason the Dow Jones Industrial Average fared so well. You see, the average is price-weighted, which means the higher priced the stock, the more weighting it gets in the average.

BA stock is currently the most expensive stock in the average, so when its price goes up, it has a lot more influence on the entire average. This made a bit more sense when the DJIA was first built, and many investors don’t really know this. But, it’s something to help put big moves in context, since rallies in the indexes can be deceiving, depending upon how they’re measured.

That said, BA is still the largest commercial airplane maker in the world, so when the global economy begins to rebound, it will be a very good thing for BA. And, it’s a big reason why this aerospace giant — with a $194 billion market cap — is up 85% over the past 12 months.

While BA historically has been a major player in the defense sector — WWII’s B-17 and B-29 bombers, as well as the legendary B-52s — it really started to dominate the commercial sector in the 1960s. The iconic jumbo 747, together with workhorses such as the 727 and 737, were, and in many places still are, the go-to jets for many airlines.

Boeing continues to work on aerospace projects and other major government-funded ideas, but its real focus today is commercial jets. BA has used the slow recovery to build that business and get rid of other parts of the organization.

That has been a smart move, as we see it now emerge as a highly competitive company that is able to deliver the planes it promises, on time and on budget.

But, the biggest concern today is the headlines of a trade war with China. Given that almost 25% of BA’s orders last year came from China is certainly not an abstract worry.

And, this concern has stalled the price of BA stock. Truth be told, 2018 has been a time of consolidation for Boeing stock, and the trade war threat has only marginally weighed on that consolidation.

Yet, fear doesn’t make reality. Even as the rhetoric has escalated, BA hasn’t been a target, nor should it be. China has no real options if it plans to grow its travel industry, since its own aircraft maker isn’t ready for prime time, yet.

Plus, buying airplanes is a long-term business decision that can’t be changed at the last minute. China could do more harm to its domestic carriers by making BA planes more expensive than any harm it would do to the U.S.

Louis Navellier is a renowned growth investor. He is the editor of five investing newsletters: Blue Chip Growth, Emerging Growth, Ultimate Growth, Family Trust and Platinum Growth. His most popular service, Blue Chip Growth, has a track record of beating the market 3:1 over the last 14 years. He uses a combination of quantitative and fundamental analysis to identify market-beating stocks. Mr. Navellier has made his proven formula accessible to investors via his free, online stock rating tool, PortfolioGrader.com. Louis Navellier may hold some of the aforementioned securities in one or more of his newsletters.