A tough year for U.S. retailers enters a critical stretch as Black Friday kicks off the holiday shopping season.

On one hand, economic conditions are good. Unemployment is the lowest in 17 years, and credit is easily available. And shoppers are expected to spend more than ever before — an average of $967 each, according to the National Retail Federation, up 3% from last year.

But for the first time more of those shoppers say they plan to shop online than in big box stores like Walmart or Target.

The shift to online shopping has been a steady trend for two decades, but the impact on malls and other physical stores has been particularly brutal this year.

Store closings have more than tripled to a record 6,700, according to Fung Global Retail and Technology, a retail think tank. And retailers large and small have filed for bankruptcy, including prominent names such as Toys R Us, Gymboree, Payless Shoes and RadioShack.


Retail experts say the shift in shoppers’ preference to online makes this holiday shopping season particularly crucial for troubled stores, despite the outlook for spending. 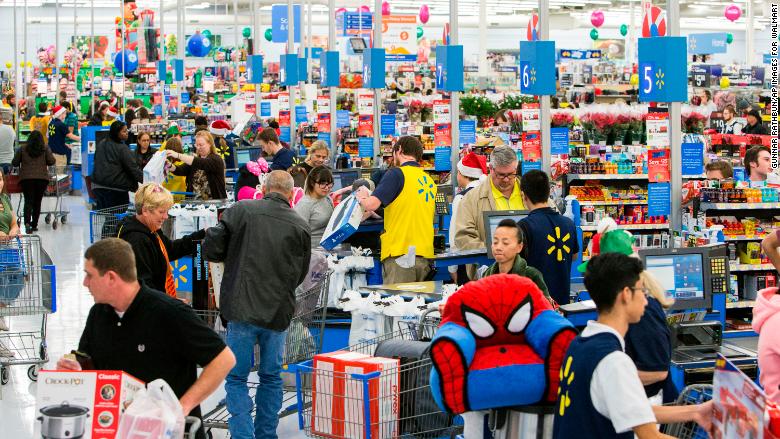 Sears Holdings (SHLD), which earlier this year warned there is “substantial doubt” it can remain in business, started its Black Friday sales at the beginning of November, putting virtually everything in both Sears and Kmart on sale.