Stephen Ross was fired before he decided to start his own business.

Ross’s first job in New York was with Laird, a securities brokerage firm. It didn’t last long. “They were having problems, and I was released, if you will,” Ross said. He got a new job at Bear Stearns. That didn’t work out either.

At the investment bank, Ross clashed with a superior who didn’t want Ross to take charge of a project Ross had been working on. Ross lost his temper. “Let’s put it this way, I told him to f—himself,” he recalled. “So I caused my own firing.”

The Detroit native was out of a job and desperate to stay in New York. “I had no money … I didn’t think anybody would be interested in hiring me, and I didn’t want to go through that process again,” Ross said.

So he struck out on his own.

“I went out and bootstrapped myself,” Ross said. He borrowed $10,000 from his mother and started building his real estate firm, The Related Companies, in 1972. Though he had offers from investors, Ross wanted to keep control of the fledgling company.

“I started working, and I really developed the passion for what I was doing,” he said. “The more I did it, the more my passion grew.”

In retrospect, getting fired from Bear Stearns “was the best thing that happened to me,” the Related chairman said. It wouldn’t be his last roadblock to success.

“Being successful, you don’t go straight up,” he added. “There’s going to be obstacles along the way.” 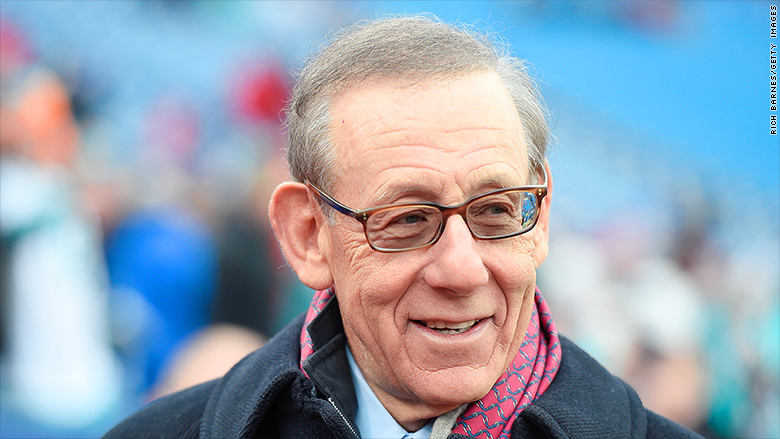 Related was a thriving company when the real estate market crashed in the early 1990s.

To protect the business, Ross made a deal with his lenders. “I was very proactive,” he said. “I went to the banks and told them, ‘Hey look, we got a problem. I owe you a lot of money … what I want to do is have all the time to pay it off, and I’ll give you collateral for the debt that I owe you.'” The plan worked.

Through Related, Ross made a mark on the New York landscape. Related developed the Time Warner Center in Columbus Circle, a tourist hub located steps away from Central Park. The 2.8 million square foot property was completed in 2004, and is home to retail stores, restaurants, a hotel and several offices — including CNN’s. The success left Ross hungry for more.

In 2007, just before the 2008 financial crisis, Related put in a bid to develop Hudson Yards, a property along the west side of Manhattan. Once again, things fell apart.

“The day before the bid was due, the tenant called and said they didn’t like the environment at the time,” Ross said. But Related got another chance and now Hudson Yards the largest-ever private real estate development in the United States is back on track and scheduled to be completed by 2025.

“We lost and then when it came back, I was as thirsty and hungry to do it as I ever was,” Ross said. “Fortunately, it’s worked out.”

He wakes up at 6:15 each morning and exercises every day. “Two or three times a week I’ll go to the bottom of Time Warner Center and walk up to the top, about 700 feet, two steps at a time.”

When he wants to relax, he plays golf, boats and works. “When you love what you doing, you’re not working a day in your life. That’s how I feel,” he said.

“I want to be the best in class, whatever I do,” Ross said. “We’re in so many different businesses now, but there’s a common theme … it’s working with great people.”

In addition to serving as chair of Related, Ross owns the Miami Dolphins and is the chairman of the board at Equinox.

“I never thought I’d be where I am today,” Ross said. “I kind of pinch myself, but I don’t sit back because I’m always looking forward.”