Starting at 0 and going to 5, these levels help consumers, industry observers and regulators understand what each vehicle is capable of doing.

Let’s keep it simple and leave it at that.

Level 1 autonomous driving is often referred to as driver-assistance programs within the car. The driver is still in full control of the vehicle and must continue paying attention to the road.

However, the car is capable of providing some help. Think of more simple features like adaptive cruise control, lane keeping assistance or parking assistance features. In order for these features to work, the driver must steer or control the speed, as the system is not capable of doing both.

Level 2 autonomous driving is considered partially self-driving. Some refer to this level as “hands off” driving in the sense that the vehicle is capable of controlling speed and steering in several circumstances.

Perhaps it’s maneuvering in a traffic jam or maybe it’s engaging Autopilot on a Tesla Inc (TSLA) Model S. (Although, this program has been basting in controversy as of late).

It should be noted that this “hands off” terminology is just a concept, not a suggestion. While the vehicle is capable of driving itself in certain situations, it can’t handle all situations. Meaning the driver needs to stay alert and ready to intervene at any time. For that reason, many of these systems require drivers to keep their hands on the wheel. 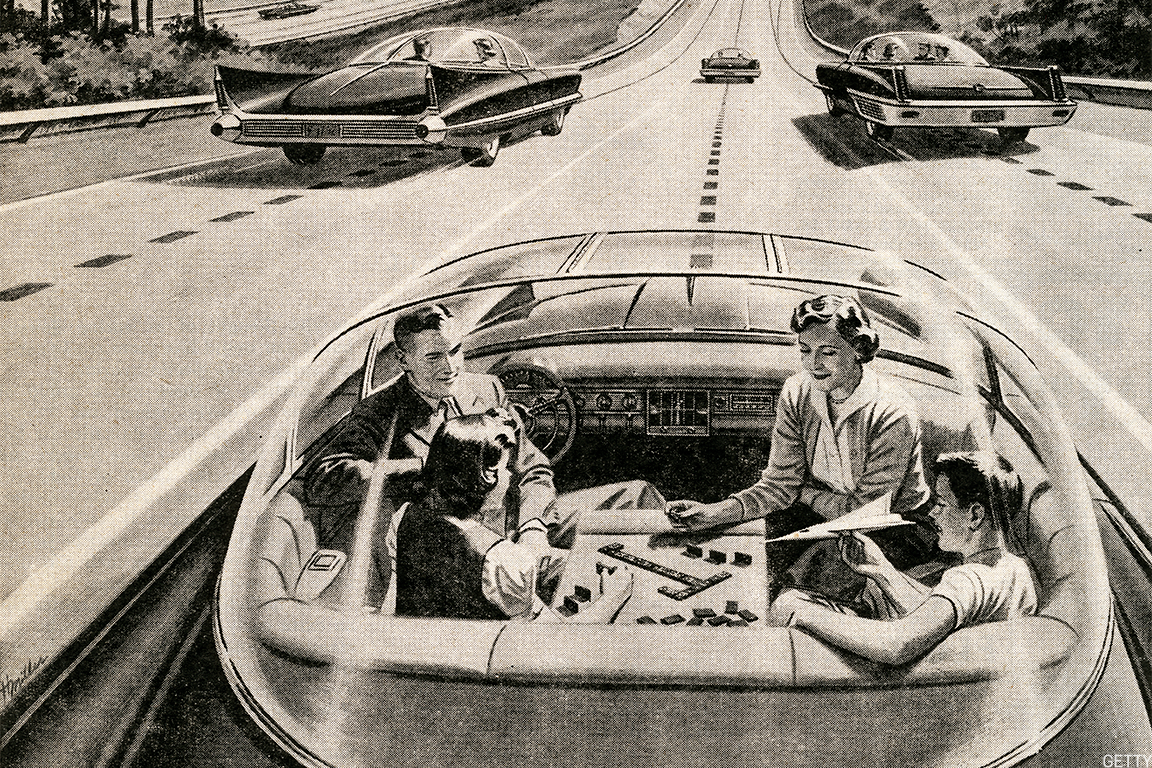 There is a noteworthy shift from Level 2 to Level 3 self-driving, where the vehicle can safely monitor the environment on its own, rather than depending on the driver to do so. This doesn’t mean drivers should recline back, put their feet on the dash and take a quick doze on the way home from the office.

But it does mean that the vehicle can navigate a number of different driving scenarios while simultaneously controlling car speed and steering. Level 3 autonomous driving can’t navigate all scenarios, nor is it intended for full-time use.

Still, the car’s ability to monitor the environment is an important distinction for Level 3, 4 and 5 driving vs. the lower levels of self-driving cars.

Volkswagen’s (VLKAY) Audi A8 will be the first production vehicle to claim Level 3 driving capabilities.

However, this comes with a caveat. The Level 4 driving system, while capable of handling all driving responsibilities in certain environments, is not suitable for every environment it encounters.

Level 4 is for geofenced areas or certain road conditions — like a highway. Meaning that, maybe we have to manually drive our Toyota Motor Corp (TM) Camry from our house to the freeway, but once on the highway, the car can handle the rest.

Now the driver can take her hands off the wheel, her foot off the gas and answer some emails.

As you may have guessed, Level 5 autonomous driving is just like Level 4, but instead of being restricted to certain areas or road types, Level 5 self-driving vehicles can operate in any environment that a human driver can.

This is your full-blown autonomous-driving solution. We’re talking about cars that need zero human interaction. Some may not even have gas pedals or steering wheels, something that will take drivers — or rather, just riders? — time to get used to.

Waymo, the self-driving business unit from Alphabet Inc. (GOOG) (GOOGL) , a holding in Jim Cramer’s Action Alerts PLUS Charitable Trust Portfolio, is aiming for Level 5 driving, as is General Motors Co (GM) , with its plans for a fleet of self-driving taxis. While this sci-fi concept seems a long ways off, some argue that GM could have its robo-taxis on the road as early as 2019.

Earlier this year I spoke with Danny Shapiro, the senior director of automotive at Nvidia Corporation (NVDA) , who told me that one of the biggest hurdles for Level 4 and Level 5 autonomous driving was computing power.

That issue is no longer of much concern and the big task now moves onto refining the software that operates the autonomous-driving program. Thanks to Nvidia’s just-introduced DRIVE Constellation platform, though, developers can exponentially increase the testing ability of its self-driving car programs.

This should lead to Level 4 and Level 5 cars hitting the streets even sooner than expected, and it’s one reason I consider Nvidia to be a likely winner in the autonomous-driving revolution.

Here are the other winners in the massive self-driving car race.