The results are in: Two of the biggest Canadian marijuana producers, Aurora Cannabis (NYSE:ACB) and Canopy Growth (NYSE:CGC), reported earnings results last week. Those results were arguably the most important ever for the two companies since they were the first to include sales of recreational marijuana in Canada.

Judging by how the two marijuana stocks performed following their updates, Canopy Growth appeared to be the clear winner. However, both Aurora and Canopy reported some very good news and some not so good. Here’s what investors can love — and loathe — about the big marijuana producers’ latest earnings updates. 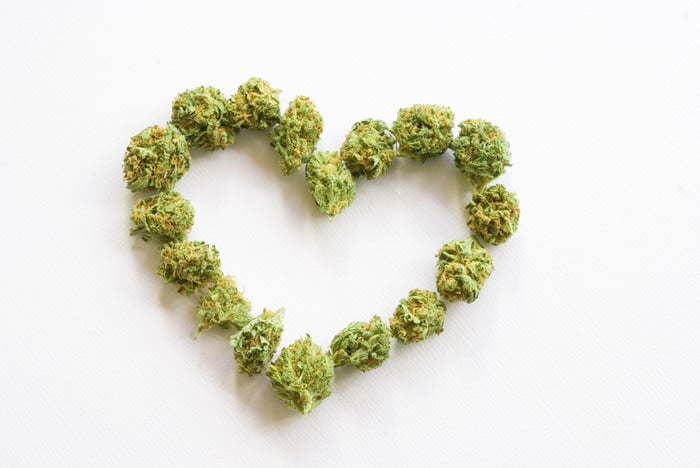 Skyrocketing sales has to be at the top of the list for investors to love. Aurora reported net revenue of 54.2 million in Canadian dollars, up 363% year over year and 83% quarter over quarter. Canopy Growth announced net revenue totaling CA$83 million, an increase of 283% over the prior-year period and 256% over the previous quarter.

As expected, most of the sales growth for both Aurora Cannabis and Canopy Growth came from the recreational marijuana market in Canada. Aurora’s recreational sales for the quarter ending Dec. 31, 2018, were CA$21.6 million compared to CA$71.6 million for Canopy.

Canopy Growth claims a strong position right out of the gate in the Canadian recreational marijuana market, something investors can definitely love. When all of the top Canadian marijuana producers have reported their results, Aurora should be in a solid second place, which is at least worthy of being liked by investors, if not loved.

The primary reason why Aurora and Canopy are in their respective positions is another factor that should warm the hearts of investors. What is that reason? Solid production capacity.

The obvious thing to loathe about Aurora Cannabis’ latest results was the company’s big net loss of CA$237.8 million. Granted, Aurora’s bottom line was negatively impacted by adjustments on the company’s derivative investments totaling CA$190 million. However, the loss was ugly no matter how you look at it.

On the surface, Canopy Growth’s earnings of CA$74.9 million might seem like something for investors to celebrate. There was more to the story, though. Canopy actually had an operating loss of CA$157.2 million. Its recorded earnings stemmed from fair value gains resulting from a declining value for its senior convertible notes.

Canopy’s share price fell 45% in the quarter ending Dec. 31, 2018, weighing on the value of its convertible notes. Any paper profits that resulted primarily from that kind of dismal stock performance certainly is something for investors to loathe.

Neither Aurora Cannabis nor Canopy Growth can justify their current market caps based on the Canadian opportunity alone. Both companies must achieve significant growth in global marijuana markets to avoid a collapse in their share prices. But international sales represented 6% of total cannabis revenue for Aurora and only 3.3% of net revenue for Canopy.

Admittedly, Aurora and Canopy are ahead of most of their peers in their international efforts. However, international sales remain very low for both of these marijuana producers. Loathe might be too strong of a word, but there’s not much for investors to like yet about international sales for either Aurora Cannabis or Canopy Growth.

And what to look for ahead

Quarterly results only provide a snapshot of what’s happened in the past. But companies’ updates also give a hint at what could be coming in the future. Investors have a lot of great things to look forward to with both Aurora Cannabis and Canopy Growth.

Revenue for Aurora and Canopy should continue to soar this year. Remember, the latest results for the companies didn’t include a full quarter of recreational sales since the Canadian market opened on Oct. 17, 2018, two and a half weeks into the quarter. There were also some wrinkles in the early days of the recreational market that should be ironed out over time.

The anticipated launch of the market for cannabis edibles, beverages, and concentrates later this year should also provide a big revenue boost for both Aurora and Canopy. Aurora Cannabis CEO Terry Booth said that his company plans to be a first mover in getting new products on the market when it’s legal to do so. Canopy Growth co-CEO Bruce Linton stated in his company’s quarterly conference call that when it comes to cannabis edibles and beverages, “If it’s legal, we’ll have it.”

Expect improving bottom lines for both Aurora Cannabis and Canopy Growth as well. Aurora’s management noted that the one-time costs related to complying with packaging requirements for the recreational market won’t be a factor in the future. The company’s expenses connected with ramping up capacity at its Aurora Sky facility will also go away. Canopy expects gross margins to improve as its facilities reach full utilization. And both companies should see favorable product mix shifts to high-profit products like softgels.

Probably the most important thing to look for, though, is increased international momentum. Both Aurora and Canopy have laid the groundwork for capitalizing on growth in international marijuana markets. Success on this front would give something for investors to really love.