AT&T (NYSE:T) closed its acquisition of Time Warner last week, after winning a court decision against the Department of Justice. That puts HBO in the hands of the wireless carrier and television distributor.

The first order of business: increasing the content budget. “I fully expect we’re going to be investing heavier in content development at HBO,” John Stankey, the incoming head of AT&T’s entertainment division, said in an interview with Bloomberg.

HBO was once the premium destination for original television programming, but that mantle has since been overtaken by internet-delivered Netflix (NASDAQ:NFLX). And with its $8 billion content budget for 2018, that lead continues to grow wider every year. A recent survey found 39% of consumers thought the best original series were on Netflix, compared to just 14% for HBO, which came in second place. 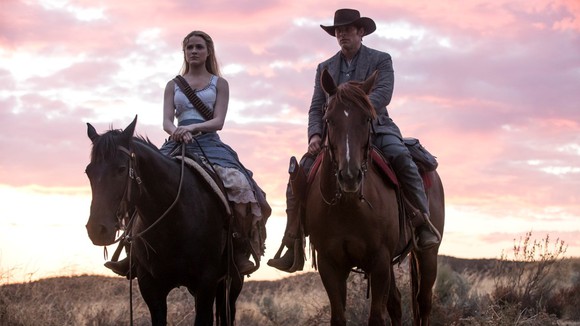 Five years ago, Netflix Chief Content Officer Ted Sarandos said, “The goal is to become HBO faster than HBO can become us.” It certainly seems like Netflix has achieved that goal, winning the favor of television watchers all over the world and gaining increased recognition from critics and awards academies.

HBO, on the other hand, hasn’t quite kept up. It launched HBO Now — an over-the-top streaming-only version of its network — in 2015, and it’s since amassed about 5 million subscribers. The streaming service has propelled HBO’s subscriber growth over the past year, accounting for the majority of new subscribers. Still, Netflix added nearly 24 million subscribers in 2017.

HBO reaches over 88 million households internationally, but most of those households aren’t paying a premium for HBO like they do for Netflix. HBO is instead bundled as part of basic-tier television service or otherwise licenses its brand and content to affiliates. That makes HBO’s 88 million international “subscribers” much less valuable than Netflix’s 68 million.

Focusing on HBO Now — creating more content and marketing it more abroad — may enable HBO to catch back up to Netflix.

These things can get expensive

As mentioned above, Netflix is planning to spend about $8 billion on content this year. And it’s spending even more on a cash basis, as it produces more content in-house instead of licensing. Ultimately, producing content itself saves money, but it’s very capital-intensive as it ramps up.

By comparison, HBO had a content budget of about $2.5 billion last year. Around half of that went to licensing films, so just about $1.3 billion went toward producing original series and movies. Meanwhile, Netflix says about 85% of its incremental content budget this year will go toward originals, which comes out to be about the same amount as HBO’s total original content budget for last year.

AT&T just spent $85 billion acquiring Time Warner. It also spent $49 billion on DIRECTV in 2015. While it mostly used stock for those purchases, the company’s balance sheet is looking worse and worse. It now has $163 billion in debt plus the $22 billion in debt it just acquired from Time Warner. While producing original television content and marketing a streaming service don’t cost as much as building a wireless network, every little bit adds up for AT&T. Investors should keep an eye on its debt levels, and ensure the company is generating increased cash flow to cover its increasing debt load.