Arguably the most important component inside of a smartphone is the applications processor. This controls how quickly and efficiency apps run, how smoothly 3D games run, and the quality of the photos and videos that users take. Each year,Apple(NASDAQ:AAPL) makes substantial advances in the performance and capabilities of the chips that power its latest iPhones, which ultimately helps Apple build devices with new and exciting features to get people to buy its latest devices. 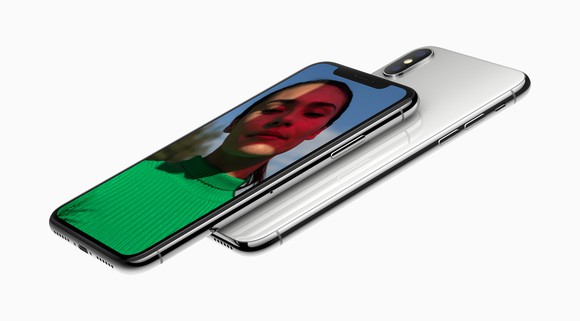 Since Apple likely intends to launch its latest iPhones in just three months (assuming a typical product announcement in September), it makes sense that TSMC would be cranking the A12 out now. Indeed, once those chips are manufactured, they need to be sent to Apple’s contract manufacturers who will then assemble all of the required components into finished devices — a process that can take a while.

The Apple A12 will clearly allow Apple to market new levels of mobile performance and features, but a question that chip investors might be interested in is the following: What does the mass production of the A12 mean for TSMC?

On its most recent earnings conference call, TSMC said that it expects its revenue from 7nm product shipments to make up 10% of its total revenue for 2018. The current average analyst estimate for TSMC’s 2018 sales is $35.6 billion, so this means that TSMC expects to sell about $3.5 billion worth of 7nm wafers to its customers.

Now, Apple won’t be the only company to use TSMC’s 7nm technology this year — Apple rival Huawei is likely to use it to manufacture its next-generation high-end mobile applications processor — but it’ll certainly be, by far, the largest buyer of 7nm wafers for the foreseeable future. TSMC’s prediction that 7nm will make up 10% of overall revenue in 2018 when that figure was 0% for the first two quarters of 2018 means that TSMC is expecting Apple to buy alotof 7nm chips in support of the next-generation iPhone ramp up.

Keep in mind, though, that while Apple will be buying a lot of 7nm chips, it’s in the process of ramping down its 10nm production volumes. In fact, on TSMC’s most recent earnings call, CFO Lora Ho said that the company’s inventory increased to 63 days of sales “due to an increase of raw wafer[s] and the 10nm wafer pre-build before the capacity is converted to 7-nanometer.”

In other words, TSMC is going to be dramatically reducing its 10nm production capacity and reusing much of the factory space and equipment that’s used to build those chips to manufacture new 7nm chips. So, TSMC’s 7nm ramp up for Apple isn’t all upside for the company — 7nm revenue should increase dramatically but much of that growth will be offset by a big reduction in 10nm chip sales.

Ultimately, TSMC beginning the production of Apple’s A12 chip isn’t groundbreaking news, but it’s a sign that the development of both Apple’s A12 chip as well as TSMC’s 7nm technology went as expected to support Apple’s upcoming iPhone launch. What’ll matter to both TSMC and Apple investors shortly is how well Apple’s new iPhones powered by the A12 chip will be received by consumers.