It’s been just over a month since T-Mobile (NASDAQ:TMUS) and Sprint(NYSE:S) announced their blockbuster $26 billion merger, which was immediatelymet with investor skepticism. The proposed deal has massive implications for the competitive landscape for cellular service, particularly at the national level. Of course, antitrust regulators would primarily be concerned about the effect that reduced competition may have on the prices that consumers pay for their monthly cellphone bills.

Just days after the announcement, T-Mobile CEO John Legere did what any businessman looking for regulatory approval would do with an administration that seems susceptible to influence: bookeda room at the Trump International Hotel in Washington, D.C. (It’s possible Legere is merely a historical post office enthusiast.) Regardless, the U.S. Department of Justice has already begun scrutinizing the deal. 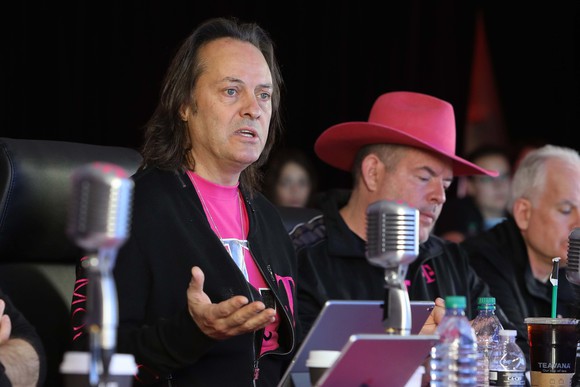 How the merger could affect the most vulnerable consumers

Reutersreports that the DOJ is starting to look at how the deal would affect pricing, specifically on the wholesale front. Regulators are soliciting input from smaller operators that purchase wholesale capacity from national carriers and resell that service under their own brands, known as mobile virtual network operators (MVNOs).

While Sprint and T-Mobile are smaller overall than larger rivals AT&T and Verizon Communications, they have stronger positions in the wholesale market. Ma Bell had just 8.9 millionwholesale subscribers in its U.S. consumer business at the end of the first quarter. Verizon does not disclose wholesale connections.

MVNOs often address the lower end of the market, so any price increases in that segment could impact those consumers that are most vulnerable, as any increases in wholesale prices would inevitably flow down to consumers. MVNO margins are thin enough as it is; the companies can’t afford to absorb any potential cost increases.

Meanwhile on the consumer front, Sprint today unveileda new unlimited plan for branded customers at an aggressive $15 per month, highlighting the positive effects of competition on consumer pricing. That promotional offer, which is effective starting tomorrow, is only available for customers that are willing to switch carriers (along with a few other limitations and other strings attached).

If the national market for cellular service consolidates from four carriers to three, there simply won’t be as much competitive pressure to win over consumers. And for a service that’s as commoditized as cellular service is, price is the primary competitive tool — in both the wholesale and consumer segment.