Just three years ago, American Airlines (NASDAQ:AAL) achieved an incredible pre-tax profit of $6.3 billion (excluding special items). Since then, its pre-tax income has eroded rapidly, with adjusted pre-tax profit totaling $5.1 billion in 2016 and $3.8 billion in 2017. A spike in fuel prices over the past year makes it virtually inevitable that pre-tax profit will fall again in 2018.

With its profitability swooning, the world’s largest airline is finally coming to grips with the need to cut costs. Earlier this week, American Airlines announced that it will reduce its management workforce through a combination of buyouts, layoffs, and the elimination of open positions.

Headcount has been rising

American Airlines has been steadily adding employees since merging with US Airways in late 2013. The combined company had 91,679 full-time equivalent employees in its mainline operations as of the end of 2013. By the end of 2017, this total had surpassed 103,000 — up about 12.5% — even though capacity had only increased 5.1% over that period. 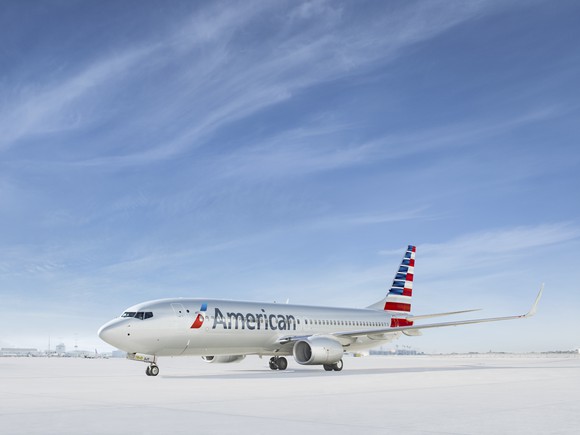 Thus, American Airlines’ employee productivity has declined sharply in recent years. This has contributed to the company’s cost-creep problems.

A spokesperson for the company noted that American Airlines had just come out of bankruptcy in 2013 and was understaffed at the time. In other words, some of the headcount increase was necessary for the carrier to operate smoothly.

That said, American Airlines also appears to be overstaffed relative to Delta and United. Delta Air Lines — the most profitable of the top three U.S. airlines — ended 2017 with only 86,564 employees, several thousand of whom don’t work in its mainline operations. Its mainline headcount is thus about 20% less than that of American Airlines, but Delta’s mainline capacity was just 6.3% lower than that of its top rival last year. Meanwhile, United Continental’s mainline capacity was just 3.8% lower than that of American last year, but its headcount of about 86,000 was nearly 17% lower. These comparisons may not be precisely “apples to apples,” but it seems clear nonetheless that American does not operate quite as efficiently as its top two rivals.

American Airlines will make some cuts

Earlier this week, American Airlines told employees that it had more management positions than it needed, now that most of the company’s merger integration work is finished. As a result, it plans to streamline its management ranks by eliminating a number of jobs at the director level and higher.

American Airlines will have to involuntarily lay off some of its higher-level management staff to achieve its headcount target. However, it also plans to offer severance benefits in order to entice some employees to leave voluntarily. American expects to reduce the number of lower-level managers in non-customer-facing roles, as well. It hopes to accomplish most of these reductions through attrition or by eliminating open positions, but there will also be some layoffs at this level of the management structure.

Cutting unnecessary layers of management — particularly higher-paying positions — should help American Airlines reduce its costs without impacting operations. Executives have been saying for years that some positions would become redundant once the integration process was completed, and they’re finally taking action to eliminate those roles.

Still, management-level staff cuts at American Airlines won’t have much of an impact on its total headcount. Given the vast discrepancy in the carrier’s labor efficiency relative to that of Delta and United, there ought to be room for broader staff reductions — or at least an opportunity to boost capacity without proportionally increasing headcount.

The one thing that’s clear is that American Airlines’ profitability isn’t at an acceptable level right now. The company’s leaders will need to make some tough decisions to fix that situation.