The company we’re talking about is Apple Inc. (Nasdaq: AAPL). 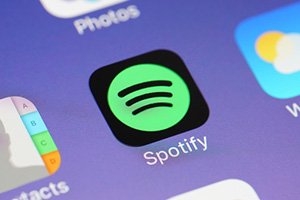 Yes, that may not sound as exciting as getting on the “ground floor” of a public offering, but Apple is the better profit play across the board.

While potential investors are attracted to Spotify’s 70 million subscribers, Apple boasts 38 million subscribers to its own music-streaming service. And while Spotify hasn’t managed to post a profit, Apple is one of the most profitable companies on the market.

And if you’re intrigued by the Spotify debut, it might be the perfect time to buy Apple.

We always warn our readers that IPO prices can have wild swings in the first year of trading. Retail investors think they’re going to miss out on the next big thing, buy in at inflated prices, and then demand falls.

Now, that’s not the case for every IPO. Some companies are so valuable it makes sense to buy in as quickly as possible, since that might be the cheapest price you’ll pay for the stock. The stock price for Alibaba Group Holding Ltd. (NYSE: BABA), for example, has climbed 168.83% since its IPO in 2014.

But Spotify simply hasn’t proven it deserves your hard-earned money.

If You’re Not Making Millions of Dollars with Cryptocurrencies… You Could Be. Click here to discover the tiny coin that will soon be BIGGER THAN BITCOIN… and how to claim YOUR cryptocurrency fortune while you still can.

The company simply hasn’t figured out how to translate its user base into profits, and it might never figure it out.

An astronomical 79% of its revenue has to be paid out in royalties to artists, and there’s no clear path to resolve this problem.

The Apple stock price has also climbed 173.26% in the last five years. In comparison, the Dow Jones Industrial Average climbed just 62.15% during that same time.

The Real Profit Play When Spotify Stock Hits the Market

Apple's stock rose 3.7 percent on Thursday, putting the stock on pace for its ninth positive day in the past 10 days of trading.