Bitcoin was a joyride for early investors, as the cryptocurrency surged from less than $100 earlier in the decade to more than $19,000 last December. However, the digital coin has fallen to around $7,500 since then as the hype and speculation around it seem to have peaked. At the same time, Google searches for “bitcoin” have also dropped sharply since December.

While crypto fans may be unfazed, the majority of the market seems to have moved on. If you’re considering buying bitcoin for the high upside potential it exhibited last year, you may be better off with this group of stocks, which all have the potential to deliver big returns. Keep reading to see why our panel of Motley Fool investors recommendPayPal(NASDAQ:PYPL),Yelp(NYSE:YELP), and Trivago(NASDAQ:TRVG). 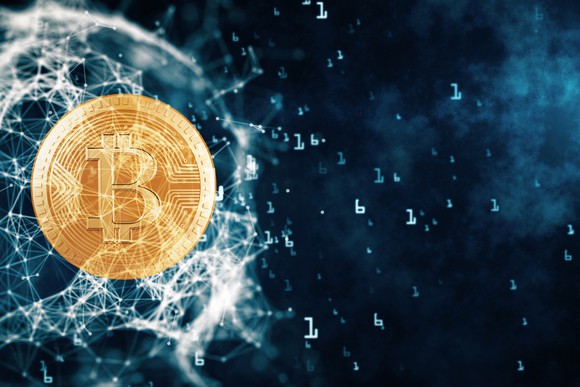 The pioneer in online payments

PayPal’s core business is rapidly growing. It’s posted double-digit sales growth every quarter since its spinoff, and analysts expect revenue to rise 17% this year (despite eBay’s decision to gradually part ways with PayPal by 2023). Its earnings are expected to rise 23% this year.

Last quarter, PayPal’s revenue rose 24% annually, while its total payments volume (TPV) rose 27% to $132 billion on a constant currency basis — supported by 30% growth in merchant services TPV, 50% growth in peer-to-peer payments (thanks to its subsidiary Venmo), and 52% growth in mobile payment volumes.

Its total number of transactions climbed 25% to 2.2 billion, as its total number of transactions per active account rose 8% to 34.7 over the past 12 months. Its new active accounts rose 35% annually. Those robust growth figures indicate that PayPal continues to gain steam as an international digital payments platform — which is now available in 202 countries and 25 currencies. PayPal also recently acquired Square’s rival iZettle for $2.2 billion to expand its reach into mobile point-of-sale systems.

PayPal’s stock isn’t cheap at 35 times this year’s earnings. But it’s arguably a smarter play on a cashless and cardless future than bitcoin.

Steve Symington (Yelp): Bitcoin investors are all too familiar with unexpected pullbacks. So if you’re considering buying some of the popular cryptocurrency, you might appreciate taking a look at Yelp instead. When Yelp announced strong quarterly resultsearlier this month — posting higher-than-expected revenue and narrowing its per-share losses — it seemed strange at first to see shares of the local business-review website fall almost 8% in response.

But more important to Wall Street was the underlying source of that quarterly beat. While Yelp’s impressive results were driven by accelerating advertising revenue growth — ad sales climbed 20% year over year to $214 million, comprising the vast majority of its total revenue — that acceleration came as a result of the company’s adoption of non-term advertising contracts. Put simply, Wall Street wants to see whether newer advertisers will stick around, especially those that are trying Yelp for the first time precisely because of those more flexible contracts.

To be fair, Yelp’s co-founder and CEO Jeremy Stoppelman admitted during this quarter’s call that the company is going “through this change with a bit of caution about what we may see in the coming months.” But Yelp management also insisted the move is a concerted effort, preceded by nearly two years of testing, followed by a broader ramp up in the new contracts that began in the third quarter of 2017.

To that end, Yelp was comfortable enough with the sustainability of this shift to modestly increase its full-year guidance ranges for both revenue and adjusted EBITDA. Alas, the market would have none of it.

But if Yelp can prove to investors that its accelerated ad growth is good for more than just a single quarter’s outperformance, I think the stock will soar.

Jeremy Bowman (Trivago):Like bitcoin, Trivago shares have also tumbled in recent months. After the stock surged following its IPO in December 2016 as it was spun off fromExpedia, it’s now given up more than 80% since last July.

That decline has come largely due to Booking Holdings’ decision to scale back on advertising on the platform, focusing on profitability rather than market share, which had the effect of making Trivago’s revenue decline 3% year over year in the first quarter as comps were unfavorable, with Booking still on the platform a year ago.

The hotel-booking specialist is now projecting flat revenue for the year. However, the company should return to growth as it laps the issues with Booking Holdings, and it expects revenue to increase in the second half of the year.

The online travel industry is still growing steadily, and Allied Market Research projects it will grow at a compound annual rate of 11.1% from 2016 to 2022. Trivago’s exclusive focus on hotels should give it an advantage over more-diversified platforms, and as consumer awareness of the platform improves, it should outgrow the overall industry.

At this point, the stock looks oversold, as the current weakness is temporary. The stock could easily double from here once revenue growth accelerates again.