Bruce Linton, founder and co-CEO of Canopy Growth (NYSE:CGC), started off his company’s Q3 conference call Friday morning by saying that he “truly enjoy[s]” looking back over a quarter after it’s over. With Canopy’s great performance in Q3, Linton should really be enjoying himself.

While Linton talked a great deal about Canopy’s last quarter, it’s what was discussed about the top marijuana company’s future that was even more intriguing. Here are seven things Canopy Growth’s CEO said that just might turn your head. 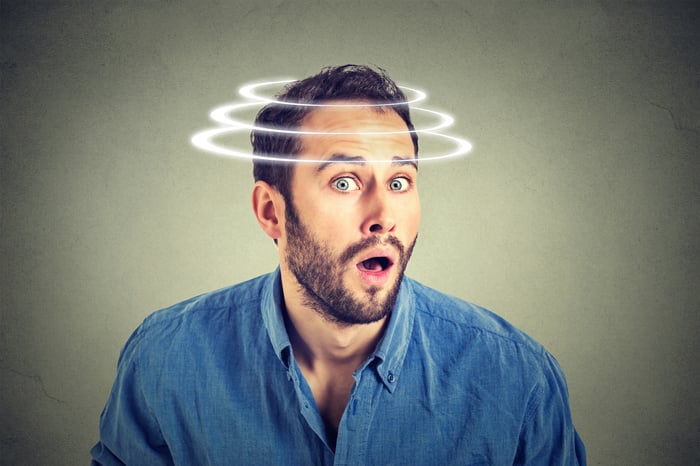 1. Canada’s recreational market will be much bigger by the end of 2019

Linton said that by the calendar fourth quarter of this year, there will be “a lot more stores” and “a lot more products” in the Canadian recreational marijuana market. He’s excited about the opportunities for additional retail locations. Linton noted that the most active selling points in the third quarter were connected with areas that had stores, and not necessarily where higher numbers of people lived.

Linton’s comments about an increased number of products on the market alluded to the anticipated launch of the market for beverages, edibles, and concentrates later this year. He expects Canopy’s average selling prices to increase as the company launches these products.

Linton’s not bashful about his opinion of Canopy’s position in the Canadian recreational marijuana industry. When asked about the company’s commanding market share in Q3, he replied, “We should dominate,” then added that he would be “extraordinarily disappointed” if it didn’t dominate.

Canopy Growth is already getting ready for the expanded recreational market for cannabis edibles and beverages later this year. Linton mentioned that the company should have a factory ready to produce cannabis beverages by May.

When asked if his company might make cannabis-infused gummies and chocolates, Linton replied, “If it’s legal, we’ll have it.” Noting that the regulations haven’t been finalized, Linton said that Canopy plans to have “every format [of edibles] you can contemplate,” but that it all comes down to what the regulations allow.

Other top Canadian marijuana producers appear to be taking a cautious approach to expanding into the U.S. hemp market. Canopy Growth, though, has already announced plans for a large-scale hemp processing facility in New York State.

Linton expects that Canopy will have hemp-based cannabidiol (CBD) products on the U.S. market by the end of the year in states where they’re permissible. He also hinted at the possibility that Canopy could operate hemp facilities in multiple states.

5. Canopy will enter the U.S. marijuana market “sooner than later”

While Canopy Growth is aggressively moving into the U.S. hemp market, what about the U.S. marijuana market? Linton said that it’s “more likely that it’s sooner than later” for Canopy to jump into the U.S. with marijuana products.

Linton said that Canopy will transition away from medical marijuana. Was he kidding? No, but it was a nuanced statement.

Canopy will move from medical marijuana to “cannabinoid therapy,” according to Linton. Instead of only selling dried cannabis or cannabis oils for medical purposes, the company will extract cannabinoids such as CBD for use in a variety of health and wellness products.

Canopy’s sizzling Q3 performance resulted largely from the Canadian recreational marijuana market. But Linton stressed that the company’s global medical opportunity will be larger than the recreational opportunity.

In addition, Linton thinks that medical cannabis sales in Canada should increase as a result of the recreational market. His thought is that some doctors might have been reluctant to prescribe medical cannabis for some patients because of concerns that they only wanted to get high. With recreational pot now available, those concerns could be alleviated.

CEOs certainly have the motivation to spin things as positively as they can. But Bruce Linton is probably right with his optimistic view of the cannabis industry and Canopy’s place in it.

The Canadian recreational marijuana market will almost certainly continue to significantly expand, especially with the anticipated finalization of regulations for edibles, beverages, and concentrates. The U.S. hemp market is a major opportunity, and the prospects for federal recognition of state marijuana laws appears better than ever. The global medical cannabis opportunity is enormous.

But will Canopy Growth dominate in Canada as Linton thinks? The most likely answer is “yes.” And Canopy appears to be set to dominate across the rest of the world, too.