We know Walt Disney’s(NYSE:DIS)theme park business is booming these days. It was the only one of the media giant’s four business segments to grow its revenue in fiscal 2017, and things just keep getting better halfway through fiscal 2018.

Disney is typically tightlipped about the performance of its individual parks, but that’s where Themed Entertainment Association and AECOM come in. The two industry watchers team up every year to put out an annual global attendance report, offering up estimates on how the world’s most visited amusement parks and museums fared the year before. Let’s go over a few of the interesting Disney-related takeaways from the industry annual report that came out on Thursday. 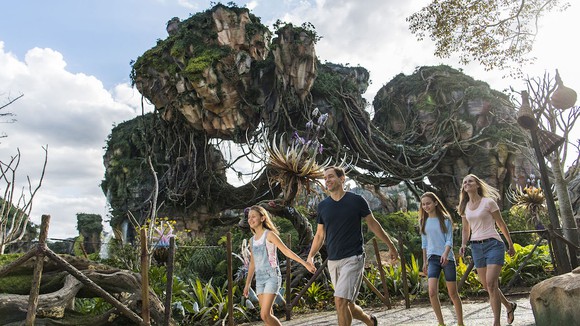 1. Shanghai accounted for most of the attendance growth

Attendance across all of Disney’s theme parks rose 6.8% in 2017, going from 140.4 million to 150 million guests. More than half of that gain — 56% to be exact — came from Shanghai Disneyland. The park opened midway through 2016, so having a full year of operation last year resulted in attendance surging from 5.6 million to 11 million in 2017.

Shanghai Disneyland’s performance is impressive even on an absolute basis. In just its first full calendar year of operation it outdrew a pair of Disney’s stateside parks. Shanghai Disneyland attracted more guests in 2017 than Disney’s Hollywood Studios in Orlando and Disney California Adventure in Anaheim.

Disney World remains the planet’s most visited theme park resort, and the Magic Kingdom is once again the only park to top 20 million in attendance last year. Epcot has consistently been the distant silver medalist here, but it’s moving one podium lower now. Disney’s Animal Kingdom saw its attendance soar 15.3% to hit 12.5 million in 2017. Epcot’s more modest 4.2% increase in traffic finds it entertaining 12.2 million guests last year. After 20 years of being Disney World’s fourth and eventually third most visited attraction, Disney’s Animal Kingdom is now the resort’s second most visited theme park.

The opening last May of Pandora — The World of Avatar is the difference maker here. The immersive recreation of James Cameron’sAvatartropical moon is resonating with park-goers. The signature Flight of Passage thrill ride is a bar raiser for the industry as guests simulate a ride on a flying banshee.

3. Water parks are all wet

Fierce rival Universal introducing Volcano Bay into the competitive landscape probably didn’t help. Volcano Bay opened during Memorial Day weekend last year, and the report finds it provided watery escapes for 1.5 million visitors. Typhoon Lagoon at less than 2.2 million guests and Blizzard Beach falling below 2 million visitors will make this an interesting battle to watch in 2018. Volcano Bay may overtake Blizzard Beach with a full year of service this year, as long as it’s able to sustain the initial hype.

Water parks make up a small piece of the visitor mix at Disney World. Shareholders know that Disney would be just as happy to keep them at the swimming pools at their roughly two dozen on-site resort hotels. However, it’s one niche where Universal appears to be more than just a passing threat.