With NVIDIA (NASDAQ:NVDA) stock up nearly 400% since the beginning of 2015, it’s easy to look back and regret not buying shares of the graphics-chip specialist. To be fair, NVIDIA’s stellar growth has shocked even the most bullish analysts in recent quarters. The company has demonstrated broad-based strength in each of its core segments, and applications of its flagship GPU technology are poised to further disrupt multiple major industries going forward from automotive to gaming, healthcare, and manufacturing.

But from an investor’s perspective, that raises the question: Are there other stocks that could offer similar returns?So we asked three top Motley Fool contributors to each pick a stock they believe hasNVIDIA-like return potential. Read on to see why they chose CalAmp (NASDAQ:CAMP), Kratos Defense & Security (NASDAQ:KTOS), and Teladoc (NYSE:TDOC). 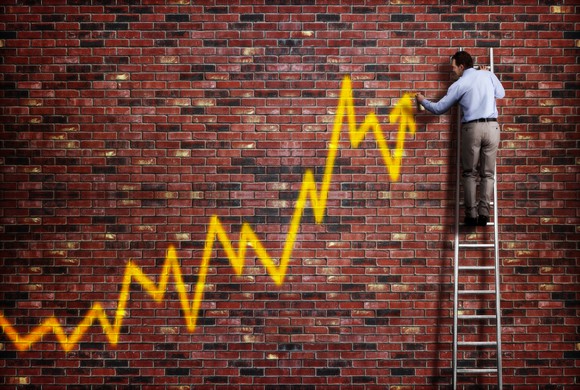 Steve Symington(CalAmp): As I look for companies with the potential to deliver massive returns like those NVIDIA has achieved — and keeping in mind that I still like NVIDIA today — I tend to lean toward smaller businesses that are positioned to play a central role enabling the long-term growth of early-stage industries. To that end, I think machine-to-machine communications specialist CalAmp fits the bill nicely, with its market cap still below $600 million as of this writing.

For example, CalAmp is poised to benefit from the increasing prevalence of usage-based auto-insurance policies — which some industry watchers believe could grow to represent between 20% and 30% of the entire auto-insurance market over the next several years — thanks to its cutting-edge vehicle telematics products.

CalAmp also recently leveraged its acquisition of vehicle-recovery specialist LoJack to enter the cold-chain and supply-chain visibility markets through CalAmp Supply Chain Integrity, marking its entrance into what analysts estimate will grow into a $5.4 billion market over the next five years. On top of that, CalAmp already enjoys a strong relationship withCaterpillar (NYSE:CAT), supplying tailored telematics solutions, and is working hard to capture other large clients in the segment to further penetrate the largely untapped industrial-machine market.

As it stands, CalAmp stock has rebounded nicely from its 52-week-lows set in early November, but it’s still down 10% over the past year as weak macroeconomic conditions had held back demand for CalAmp’s fleet telematics products in the United States. But during the most recent quarterly conference call last month, CalAmp management noted that market conditions and visibility have improved significantly. For investors willing to buy in these early stages and watch CalAmp’s growth story continue to unfold, I see no reason it won’t be able to deliver NVIDIA-esque returns in the coming years.

Rich Smith(Kratos Defense & Security): Finding a stock with the potential to rise 500% in three years, as NVIDIA has done, is no easy task — but I think I’ve got one that could come close.

Its name is Kratos Defense & Security, and while it’s a bit of a wild card and offers no assurance of success whatsoever, Kratos is the kind of stock that could surprise investors with the sort of windfall profits that have graced NVIDIA shareholders. Here’s why.

NVIDIA zoomed because its entry into unexpected markets surprised and thrilled investors. Historically viewed as a graphics-chip company focusing on gaming consoles and PCs, NVIDIA has expanded to become a powerful force in virtual reality, artificial intelligence, and driverless cars. As investors clued into the new opportunities at NVIDIA, its stock value rose accordingly.

Something similar could happen with Kratos. Historically best known for its work in satellite communications and target drones, Kratos embarked a few years ago on a new project to first create, and then dominate, an entirely new market in jet-powered combat drones.

Each contract is worth only a few million dollars to start with. But Kratos is working to land contracts for mass production of the attritable drone and the Tornado, each of which could sell for a few million dollars per unit. Getting the go-ahead on either of these programs could result in orders for “hundreds or thousands of these aircraft,” and hundreds of millions or even billions of dollars of new revenue — a big boost for a company that has never broken $1 billion in annual sales before.

Could such a win catapult Kratos 500% in three years, like NVIDIA? I think so. But whether Kratos will succeed in winning one of these big contracts remains to be seen.

A healthcare revolution is coming

Keith Speights(Teladoc):We could be about to undergo a healthcare revolution. And one company poised to profit in a major way is Teladoc.

A recent study found that 78% of Americans would be interested in receiving healthcare services virtually, but only 21% had actually done so. That latter statistic should increase significantly in the coming years. Teladoc will likely help make it happen.

The potential market size for telehealth is enormous. Teladoc estimates the total addressable market at more than $29 billion. That estimate appears to make sense, with around 417 million physician office visits per year that could be done via telehealth and another 131 million behavioral health visits each year that could be performed remotely. Teladoc could lower the costs significantly for payers as telehealth adoption increases.

It’s not surprising, therefore, that the company has won major support from payers, hospitals, and customers. Over 30 health plans have contracted with Teladoc so far. The company claims over 7,500 clients, including more than 220 of the Fortune 1000 companies.

But can Teladoc really generate NVIDIA-like returns? I think it can. The revolution has just begun.