Great stocks that disrupt big markets and reward shareholders with massive long-term returns, such as eBay (NASDAQ:EBAY), don’t come around every day, so when they do, investors should consider adding them to their portfolios. These Motley Fool investors think Roku (NASDAQ:ROKU), Raven Industries (NASDAQ:RAVN), and Foundation Medicine (NASDAQ:FMI) fall into that camp. Are they worth buying right now? Read on to learn more about these stocks and what could cause them to deliver envy-inspiring returns in the future.

This market is 7 times bigger

Rich Smith (Roku): I have to admit that my memory of 1998 — the year eBay IPO’d — is a bit spotty. I wasn’t even living in the U.S. after all, and definitely had never bought anything on eBay. 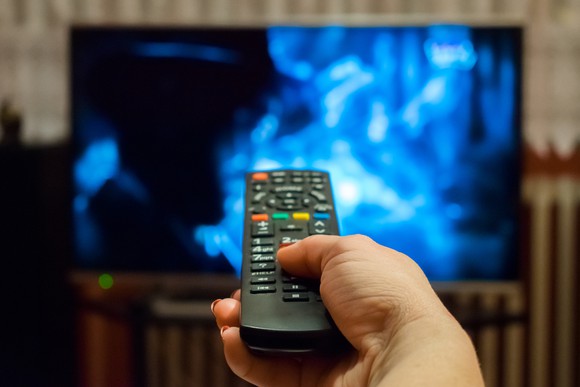 Twenty years later, though, eBay is everywhere, and I tend to shop there probably once a week. So when I think of companies that “look just like eBay in 1998,” I ask myself: What company is out there that could totally change how Americans live their lives 20 years from now?

I think Roku has that potential.

Think about it: According to Bureau of Labor Statistics data, Americans spend about 0.76 hours a day “purchasing goods and services.” But we spend 5.13 hours on sports and leisure activities such as surfing the internet and watching TV. Change how people spend their screen time, and you’ll have an influence over Americans’ lives that’s roughly seven times more significant (6.75 times, to be exact) than changing the way they shop.

And Roku is changing how people watch TV, boasting a 37% market share in “over-the-top” (OTT) streaming devices. It’s enjoying success that even Google TV only ever dreamed of. Now, will Roku maintain that lead over the next 20 years? Will it increase it? I honestly don’t know. But as more and more Americans cut the cord and ditch traditional cable TV in favor of streaming, I see Roku’s chances of gaining influence and changing how we watch TV will only climb over time.

Neha Chamaria (Raven Industries): Two decades ago, eBay was a tiny auction website and marketplace in an industry that was pretty much in its nascent stage. Today, Raven Industries — a manufacturer of high-altitude research balloons and precision agriculture technologies — reminds me of the eBay of 1998.

While Raven’s research balloons have niche uses in space exploration and more recent innovative applications like the Google Project Loon that aspires to take internet to remote areas of the world, its other businesses, namely engineered films and applied technology could take the company to new heights.

Under engineered films, Raven manufactures polymer films and sheets for industrial uses such as silage bunker and landfill covers and frack pit liners. Applied technology is mainly precision agriculture — a farm-management concept that uses advanced technologies like machine learning to scan, record, and collect data from fields for analysis and action.

In fiscal 2018 (year ended Jan. 31, 2018), Raven boasted 36% growth in sales and doubled its net income to $41 million. For the year ahead, the company is looking at potential acquisitions for growth even as it keeps an eye on its long-term financial goal of 10% growth in annual earnings.

I think Raven’s an interesting company with diverse and offbeat businesses, and products like aerospace radar systems (a part of the same business segment, aerostar, makes research balloons) and precision agriculture hold promise. A dividend and a long-term, debt-free balance sheet further strengthens Raven’s investment thesis.While the stock is currently at its 52-week highs, consistent double-digit growth in earnings could ensure a steady premium in coming years, pretty much like how it has been for eBay. 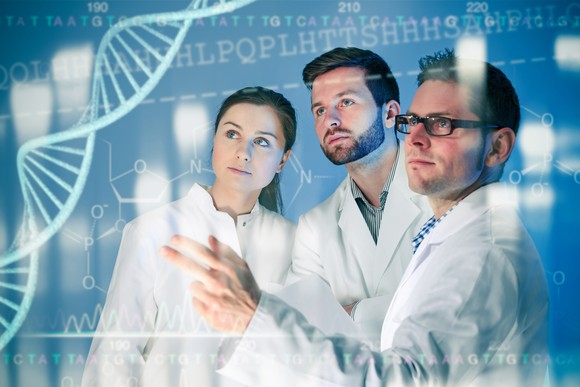 The future of cancer treatment

Thanks to a growing understanding of genetics, drug developers are finally developing next-generation cancer drugs that focus on the role that genes play in this devastating disease. The promise of precision medicine to improve outcomes for cancer patients is significant and perhaps, no company is better positioned to capitalize on this trend than Foundation Medicine.

Foundation Medicine develops genetic screening tests that are used by drug companies in drug development and increasingly, by doctors tasked with choosing the most effective treatments for their patients.

Recently, Foundation Medicine won Food and Drug Administrationapproval for a Foundation One CDx, a comprehensive gene screening test that could become a standard used to create cancer treatment plans. Foundation One CDx also secured Medicare reimbursement, which should pave the way for greater use by removing the barrier of cost from the equation.

In 2017, it completed 67,375 clinical tests, up 54% year over year, including 20,044 tests in Q4, up 57% year over year. In Q1 2018, it reported 21,861 clinical tests, also up 57% from the same quarter the year before. With tailwinds tied to Medicare reimbursement and an addressable market of 1 million advanced cancer patients in the U.S., I expect this number to climb materially from here.

If I’m right, then there could be a long runway to grow sales, which clocked in at $53 million in Q1 and $153 million in 2017, and deliver eBay-like returns in the coming decade.