Oil prices have improved dramatically over the past year as OPEC’s move to drain off the supply glut proved more successful than envisioned. That rising tide has lifted most oil stocks. However, that doesn’t mean investors have missed the boat, since many oil stocks still have ample upside. Two top ones where that’s the case are Devon Energy (NYSE:DVN) and Enbridge (NYSE:ENB).

A low-priced oil stock with a needle-moving buyback

Devon Energy got 2018 off to a rough start after reporting production problems at the end of last year, which caused its stock to stumble out of the gate. While shares have almost fully recovered, they’ve still underperformed both the price of oil and most other energy stocks this year. For perspective, Devon’s stock is flat, while oil is up about 9% and theVanguard Energy ETF, which holds more than 140 energy stocks, is up about 4%. 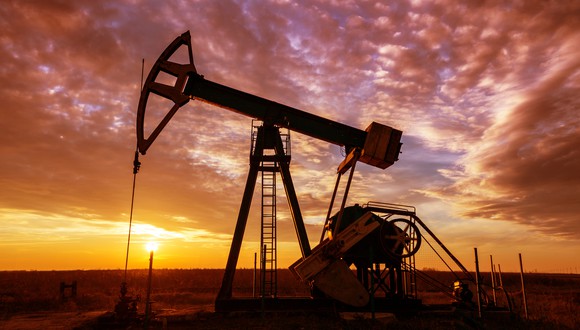 Devon, however, could significantly outperform in the coming year due to the fuel provided by its stock-buyback program. Devon initially announced that it would repurchase $1 billion of its shares earlier this year, which was enough to retire 6% of its outstanding stock at the time. However, the company recently sold some assets, which will give it the cash to boost that program up to $4 billion. That’s enough to extinguish a jaw-dropping 20% of its shares at the current dirt cheap price.

While all three of those large U.S. oil producers announced significant repurchase programs, they pale in comparison to Devon’s. ConocoPhillips, for example, bought about 5% of its shares last year and is on pace to repurchase another 4% this year. Anadarko, meanwhile, initially authorized enough cash to retire 10% of its outstanding shares, and Hess’ repurchase program also is for around 10% of its outstanding stock. With Devon’s buyback roughly twice their size, its stock could have much more upside as the company continues reducing the share count over the next year. 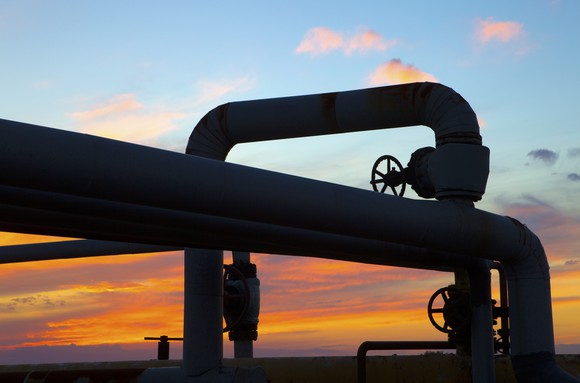 Dirt cheap oil pipelines with a growth wave up ahead

Canadian oil pipeline giant Enbridge has been under pressure for much of the past year, with shares falling more than 17%. That decline comes even though the company put 12 billion Canadian dollars’ ($9 billion) worth of growth projects into service last year. Those expansions, and the ones the company expects to finish this year, position it to grow cash flow by 15% in 2018. Meanwhile, it has CA$22 billion ($16.5 billion) of projects currently underway, which should fuel 10% compound annual cash flow growth through 2020, supporting Enbridge’s view that it can increase its dividend at a similar rate.


With Enbridge’s stock selling off over the past year, shares currently trade at less than 10 times cash flow and offer a dividend yield of 6.7%. That valuation is toward the bottom of its peer-group average of more than 11 times cash flow.

One of the weights holding down Enbridge’s stock over the past year is its leverage ratio, which is a bit elevated at the moment due to the amount of money it’s investing in expansion projects. That number should come down as those projects start generating cash flow.

However, the company recently took steps to improve its balance sheet more quickly by selling some non-core assets. As that pressure on its balance sheet starts to dissipate, shares should start heading higher. That upside potential, when combined with its growing income stream, makes Enbridge a compelling oil stock to buy these days.

Cheap, with catalysts on the horizon

These oil stocks have two things that set them apart from most others: a clear catalyst on the horizon and a lower valuation than peers. Because of that, shares have more upside potential in the near term, making Devon Energy and Enbridge among the top oil stocks to consider buying now.