More than once over the course of the past couple of years I’ve touted FireEye (NASDAQ:FEYE) as an underappreciated rags-to-riches prospect. I’m sticking with that stance too. The need for cybersecurity has never been greater, and FireEye has finally found a winning formula with customers. If a barely profitable company and inconsistent stock aren’t quite your thing, however, bigger rival Palo Alto Networks (NYSE:PANW) will plug you into the same basic trend with a lot less stress. 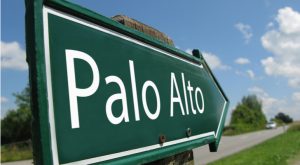 
Indeed, PANW stock has already proven to be a superior performer, blasting to record highs last week on the heels of a huge fiscal Q2 earnings beat.

However, the bullish case for Palo Alto Networks stock has ultimately just became a simple but powerful two-pronged thesis.

It’s a crowded but complex field, largely led by names like Palo Alto, FireEye and Check Point Software Technologies (NASDAQ:CHKP). All told, the cybersecurity market is worth roughly $140 billion per year. But, the paths to that revenue are numerous, and what technically qualifies as “cybersecurity” can be a bit fuzzy at times.


It’s that fuzziness that actually made FireEye and then Palo Alto what they are today.

At the time it was seen as corporate suicide. FireEye’s early loss-making days were pushed even deeper into the red by a string of seemingly disparate and uncomfortably expensive acquisitions. There was always a method to the madness though. In 2016, the company finally began to weave all those different tools together into one single platform called Helix, and began “renting” cloud-based access to those constantly updated tools rather than selling them as one-time purchases.


That business model has created a recurring revenue machine that’s expected to lead FireEye to its first-ever full-year profit in 2019.

Palo Alto had already borrowed that play from FireEye’s playbook though, even if it applied the idea a bit differently. Rather than offering cloud-based access to cybersecurity tools, much of Palo Alto’s subscription revenue is specifically linked to its hardware, it now accounts for roughly two-thirds of the company’s business.

Clearly, subscription revenue leads to much more certainty regarding cash flows and earnings.

The other way Palo Alto Networks now offers investors a tough choice: Its Cortex AI product is being called — at least by Palo Alto — “the industry’s only open and integrated, AI-based continuous security platform.”

The essence of the statement is true, though it also glosses over the fact that FireEye’s threat-detection platform is founded on machine-learning algorithms. Though not ‘open’ to the degree Palo Alto’s Cortex system is, the need for openness remains to be fully seen.


Nevertheless, it’s a development that at least some existing FireEye users will be checking out as an impressive alternative. Some already have, in fact. Managed security services providers BDO, Critical Start, ON2IT, PwC and Trustwave have all already embraced Cortex, even before it had become available to customers.

Jefferies analyst John DiFucci described Cortex AI as a “product stretching further than a typical endpoint detection and response product,” helping to prod his price target on PANW from $249 to $296. BTIG analyst Joel Fishbein agrees, upping his target price on Palo Alto shares, and noting that the company’s new product and comprehensive sales approach “signals its commitment to touching more realms of customer data but also its acknowledgment that clever tactics are necessary to do so.”


It’s difficult to not expect big things from the new product.

Looking Ahead for PANW Stock

There are still risks to be sure, not the least of which is the post-earnings surge that has left PANW stock. As Vince Martin pointed out last week, the 8% gain logged the day after earnings following the 46% rally from the stock’s November low leaves shares ripe for profit-taking. We’re already seeing that profit-taking take shape, although there’s room for more downside.

FireEye and Checkpoint are likely to counter as well. With what and how remains unclear, but no cybersecurity player rests on its laurels for long.

Still, for investors that liked the idea of FireEye but just couldn’t get past its historic losses and thin margins that are likely to persist for the foreseeable future, reliably profitable Palo Alto Networks just became an even stronger prospect.

Just wait for the profit-takers to finish their business before wading into any new PANW position.

As of this writing, James Brumley held a long position in FireEye. You can learn more about James at his site, jamesbrumley.com, or follow him on Twitter