Straddling somewhere between financial media sensationalism and wishful thinking, TechCrunch contributor Sujay Seetharaman is the latest writer to argue that Walmart (NYSE:WMT) should acquire Shopify (NYSE:SHOP) in its effort to keep up with e-commerce darling Amazon.com (NASDAQ:AMZN).

The logic is sound on the surface. Amazon has 5 million third-party merchants selling on its platform, reportedly tacking on 100,000 new sellers with every passing month. Shopify has rapidly amassed 600,000 hungry merchants on its e-commerce hub, and Walmart embracing those upstart and established retailers would be a win-win. Shopify merchants would have a new way to drum up sales through Walmart’s site, and the world’s largest traditional retailer would beef up its online offerings overnight.

Things are never as easy as corporate matchmakers make potential pairings out to be, and, unfortunately, it seems highly unlikely that Walmart will ever find itself on bended knee before Shopify. A deal probably won’t happen. 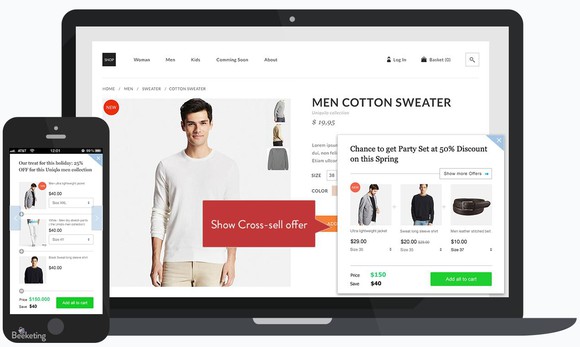 You can’t buy what isn’t for sale

How much would Walmart have to pay to take Shopify off of Mr. Market’s hands? As you think that over, let’s point out that the five-and-dime discounter that Sam Walton built isn’t afraid to pay big bucks for tech-savvy disruptors. Its push to battle Amazon saw it acquire Jet.com and more recently a deal for a majority stake in India’s Flipkart. Why not Shopify?

Every company is technically for sale, so what would it take for you — if you were a Shopify investor — to cash out to Walmart? Shopify’s cash-rich balance sheet translates into an enterprise value of $16.7 billion, not that much more than what Walmart is paying for Instakart. However, you have to be really out of favor to accept a buyout at current prices.

Shopify stock more than doubled last year, and it’s up better than 70% so far this year. Shopify has been a six-bagger since the start of 2016. Quite simply, this isn’t the kind of stock in which investors will accept a 30% or even 40% premium. Why accept a $23 billion buyout when — at the pace that the stock’s been going — it could get there on its own in the months that it would take for regulators to clear a Walmart purchase? Shopify is going to demand a huge premium, and Walmart’s base of value investors may not be happy with the perceived value of the transaction.

There’s no denying that Shopify is a bottle rocket. Revenue soared 68% in its latest quarter, but at less than 2% of Walmart’s revenue, it wouldn’t exactly move the needle on the top line. Shopify’s losses on the bottom line also won’t help. There also has to be a concern that many of Shopify’s 600,000 registered merchants are tiny upstarts smitten by the notion of selling online than actually succeeding at it so far. Walmart’s approach has been to snap up successful e-tailers instead, and it has taken a more cautious vetting approach in sizing up the third parties it lets sell through its platform than Amazon or Shopify.

Shopify is a market rock star, and it wouldn’t be as easy as you’d think for Walmart to raise the cash to get a deal done. Shopify isn’t going to take Walmart stock as legal tender. There could be a scenario in the future where Shopify crashes and Walmart steps up with an opportunistic purchase if the fundamentals and hungry merchant base are still there. However, Walmart’s not going to chase a shooting star, and if you’re a Shopify shareholder, that’s just the way you would like things to be.